Ever since I first lived in America for the Summer 2008, I always said I wanted to one day come back for the Fall. Those hot days and humid nights were one wonderful thing, but I always felt there was more to be seen in the turn of the seasons. The falling leaves, a real example of Halloween and, most excitingly, Thanksgiving. The ultimate American holiday was something I had always longed to genuinely experience and I am so thrilled this this year I finally got to embrace a real “Turkey Day”, the festivities that go with it and all the trimmings on the side.

Growing up as many did with quintessential Christmas viewing delights such as Miracle On 34th Street, the Macy’s Thanksgiving Day Parade has been on my radar for as long as I can remember. Now sadly I did not have a 6th Avenue apartment to sit in and cosily watch the parade go by from the comfort of a padded window seat. However what I did have was my willing friend Natalie visiting the UK, a 6.45am alarm and a sense of excitement that could rival that of a five year old’s on Christmas morning. We set off  Thursday morning on our quest to find a prime viewing position and, as expected, encountered what felt like the population of New York on our way. Luckily we made it just in time to secure ourselves some standing space near the beginning of the parade route. We were then treated to 90 minutes of sheer holiday delight in the form of monstrous balloons floating down 6th Avenue (Spiderman and Kermit the Frog, to name two) , dancing clowns, more marching bands than I’ve ever seen in my life, various celebrities (I was impressed with Whoopi Goldberg and the US female Gymnastics team) and finally, the renowned Santa Clause himself. Now as an actor, I can only imagine the casting that goes on to find that perfect person for the role in the parade- I like to picture a line of of 20 or so potential Father Christmases all having to recite Reindeer in the correct order whilst simultaneously cracking a whip in the air with as much gusto as they can muster in order to progress to call backs. Anyway, the selected star santa did a sterling job and made this 23year old feel very overcome with festivity.

Our day then turned, as it does all over the country, to the attention of food. We had arranged a Thanksgiving dinner party at a friend’s house for some of our peers at Strasberg who were either international or Americans staying in the city. We arrived to the smell of roasting Turkey and four of us spent the afternoon preparing vegetables, making sauces and poking the Turkey once in a while to check it would actually be edible. Guests turned up with dishes and drinks in hand and when we all sat down to eat the most amazing feast had seemed to materialise from a result of everyone’s hard work and contribution. The menu included items such as roast turkey (of course) mashed yams, roast potatoes, cauliflower cheese, broccoli and pine nuts, candied yams and home made cranberry sauce, gravy and bread sauce which was a contribution of mine that most people had never heard of but quickly fell in love with. Nothing like spreading a taste of Britain. Pies and cookies followed dinner and I think I can safely say it’s the best meal I’ve eaten since my arrival here 3 months ago!

Most of us there (20 in total) were celebrating our first Thanksgiving so although we all proclaimed it was incredible, we really had nothing to compare it with. I think the finest compliment to us hosts/chefs was when one of the very few genuine Americans present told us it had been one of his favourite Thanksgivings ever.

Ok we may not have had enough chairs for everyone to sit at the table, yes there may have been a moment when the turkey did appear to still be pink as it was being carved and we may not have all been with our loved ones from home. What we did have however was a sublime setting, food that celebrated all of our cultures and the company of friends old and new that provided all the warmth and happiness desired this time of year and perfectly encapsulated the spirit we were striving for.

To me, that’s certainly something to be thankful for. 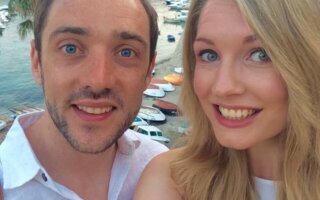 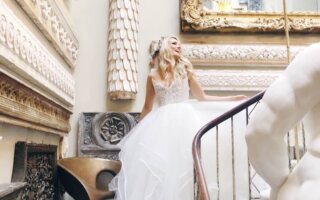 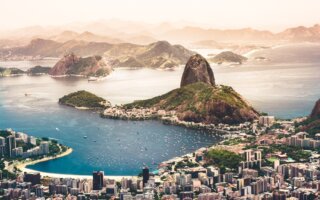 The Countdown to Rio