Today marks the first #LoveTheatre day on Twitter which sees theatre makers and lovers alike celebrate theatre and everything that goes with it. Simply put; today is stagey. And it’s wonderful.

For as long as I can remember theatre has played a central role in my life. I like to think my year 5 teacher is partly to thank for this when she cast me as Alice in our school production of Alice In Wonderland. As someone who would have often been described as a shy child, who hated speaking out in class and dreaded being the centre of attention I know the logic behind this choice would have been based on building my confidence, rather than any potential Oscar winning acting skills I possessed.  After what was probably a distinctly average performance by my past self I vividly remember the 9 year old me standing “backstage” waiting to go on for a finale and thinking that whatever I was feeling was the best feeling in the world. It was better than Christmas morning and better than rushing home from school to find the latest S Club 7 single had been purchased for me. It was glorious.

Throughout secondary school and college theatre and performance were taught to me by different teachers who all made their own mark on forming my love of the arts. I developed a new knowledge and enjoyment of American theatre through my American drama teacher Nancy and the production of “Our Town” she staged in my later years of school. This was probably my first glimpse into a real rehearsal process and I fondly remember myself and my best friend Charlotte eagerly living for the end of the school day so we could attend rehearsals. At a time as a teenager where you haven’t quite pieced together who you’re meant to be yet theatre gave us a chance to explore, play and discover, albeit it in a controlled manner, and for several hours a week escape teenage reality and looming exams. The discipline and team working skills you develop from productions such as this and drama in general are second to none. Naturally most people don’t pursue careers as actors however I challenge anyone who has ever had drama classes to say it hasn’t helped them in later life- from interviews, to meeting to new people, to having to speak in public- those 5 Cs are still engrained in my mind as they are no doubt in the minds of many others.

In 2008/9 I spent two incredible summers in America teaching theatre at a summer camp. Working at The Wyvern Theatre in Swindon introduced me to my boyfriend and many of my best friends as well as giving me the chance to work in all aspects of the industry. Theatre took me to New York to train and gave me the chance to perform Off Broadway. Living in London I’ve discovered schemes like Masterclass at TRH who have proved invaluable for making theatre accessible for under 30s and offering world class advice from world class practitioners. My involvement in theatre has given me some wonderful opportunities which have lead to some of my greatest memories. I wouldn’t have it any other way.

So here’s to theatre, the joy it brings and everyone working in and around it who continue to make a difference. I love theatre. Do you?

A few of my favourite things… 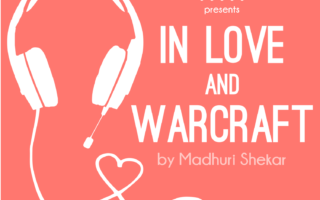 I Wanna Be A Producer 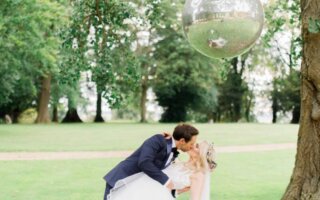