This weekend saw me venture back to the West Country to spend some time with family and friends. The Saturday was a day of celebrations for my Aunt Susan’s Birthday and the location of choice for our gathering was Cowley Manor. Cowley is a place we’ve visited several times over the years; it’s conveniently situated and the location being right in the Cotswold countryside truly is stunning. We’ve previously enjoyed dining at their restaurant and we were all eager to return to catch up with each other and sample the current edible delights on offer. 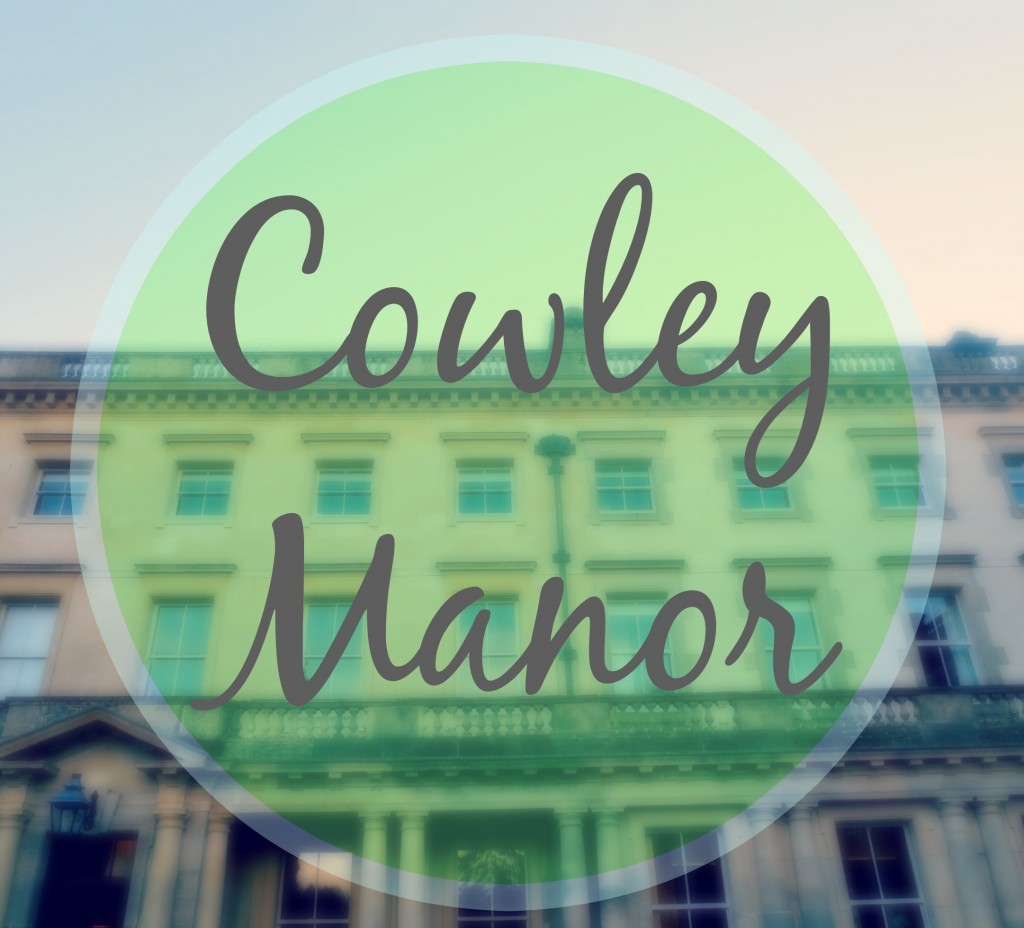 As a fairly large group of 11 we had a separate room which overlooked the terrace and had further views of the lake and surrounding grounds. Although Cowley Manor is a traditional building the interior design is one of a more contemporary nature. Contemporary Cotswold Chic, if you will. Drinks had been pre ordered for our arrival however they took a while to actually reach us which was the first hint that the service wasn’t going to be quite as swift as we had expected. However, drinks eventually in hand and views admired we poured over the menu to assess our options. 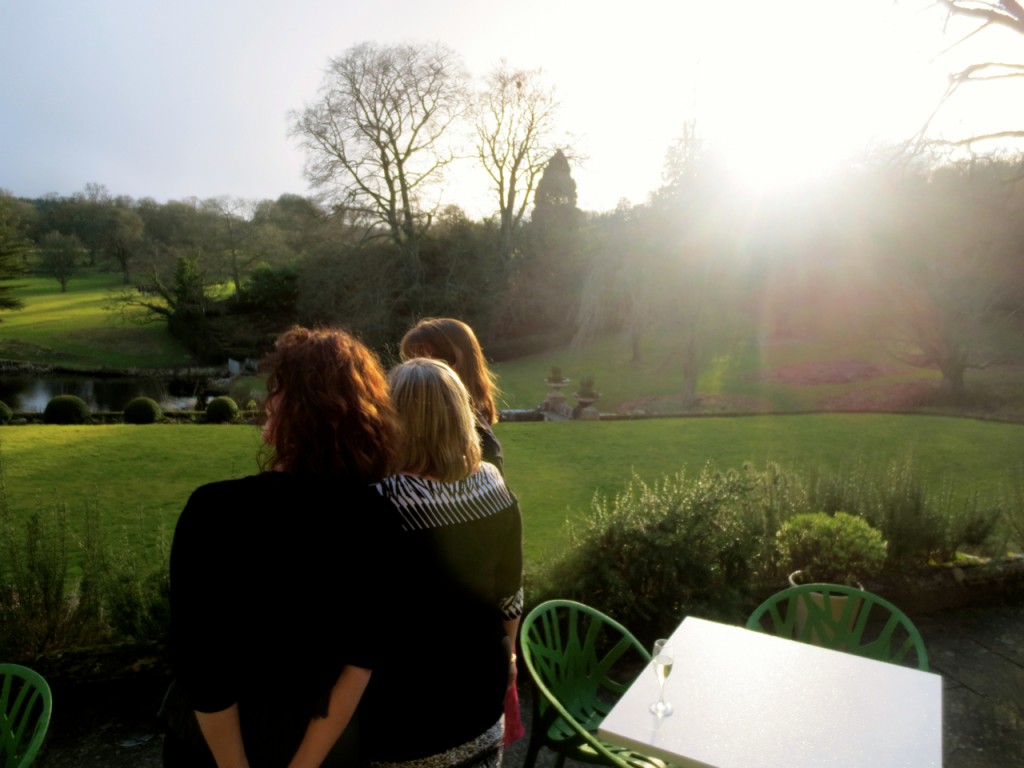 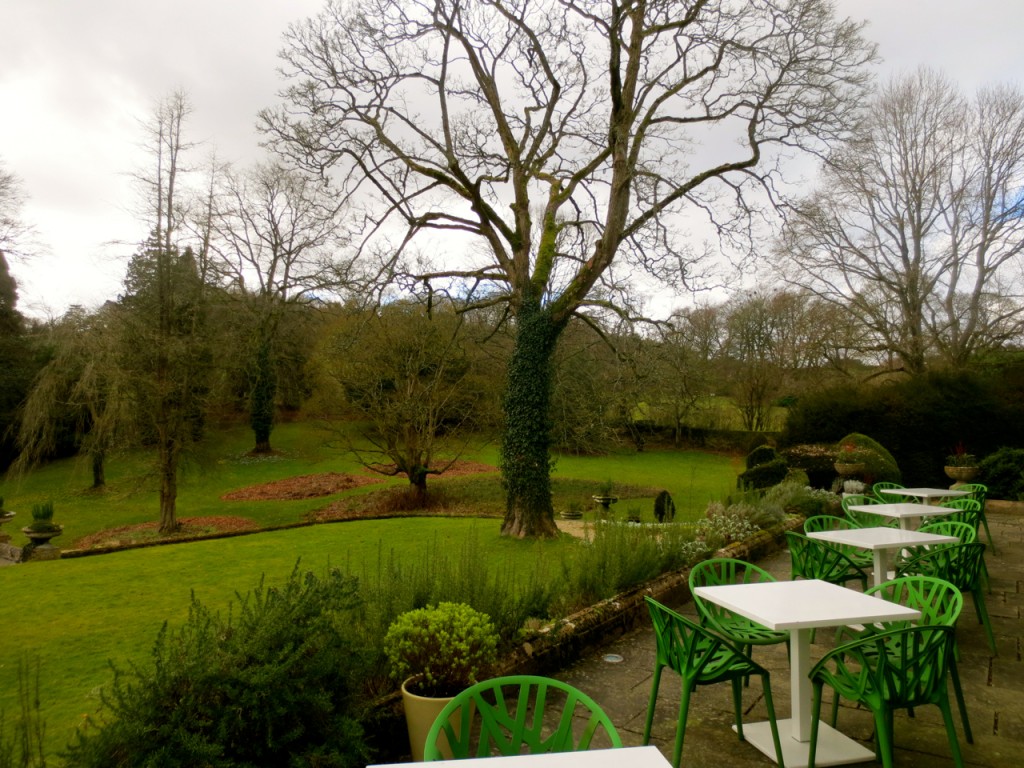 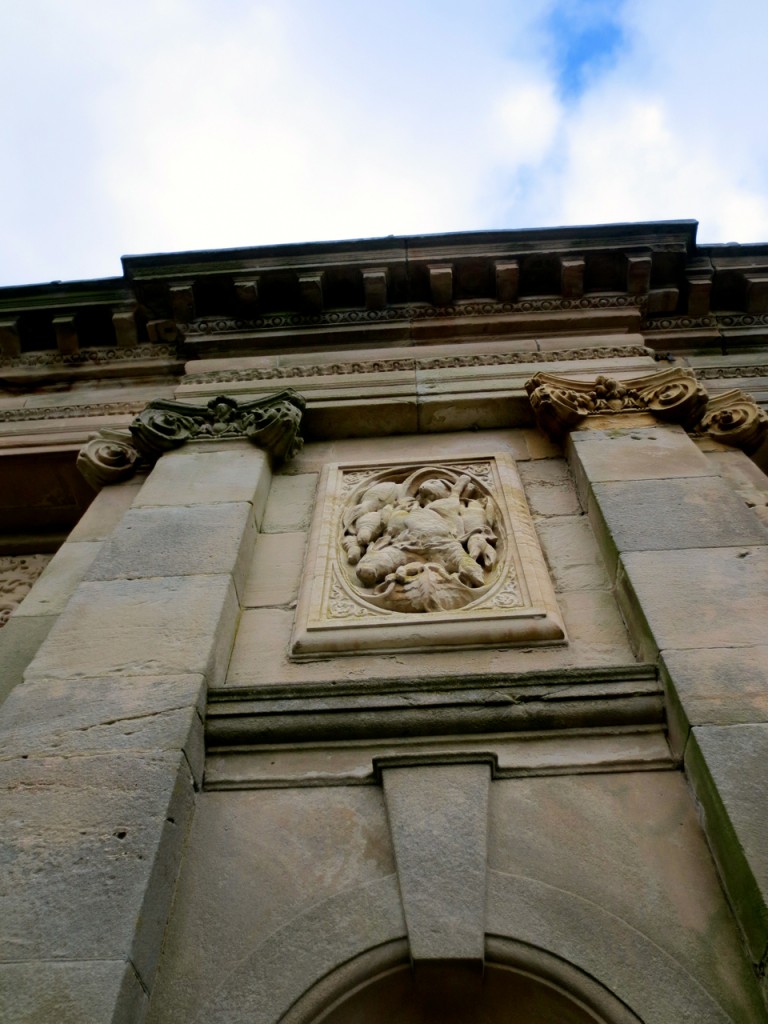 Obviously I had already spent quality time indulging my favourite habit of studying the menu prior to arrival so my decision was a quick one. There was a good selection of dishes all varying in substance to match varying appetites. 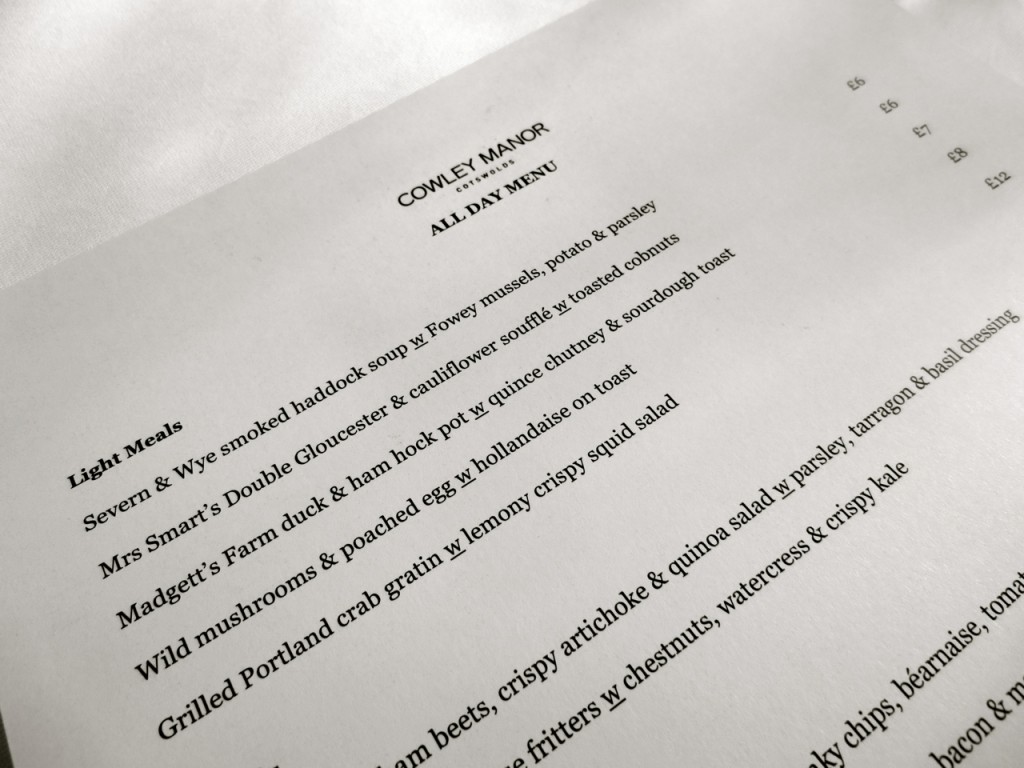 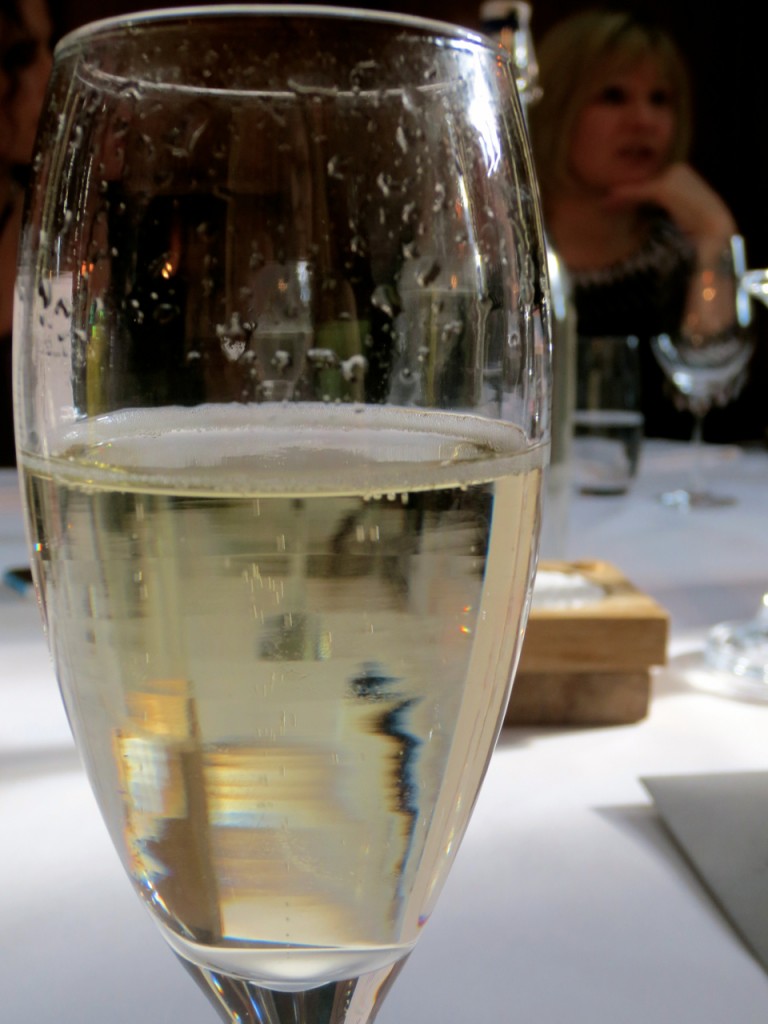 I opted for the Cerney ash goats cheese fritters salad with chestnuts, watercress and crispy kale. I also opted for a side of chunky chips as there’s nothing I advocate more than a balanced diet. The salad was delicious. As in, really, really delicious. I probably didn’t need the chips as the deep fried cheese was probably more than adequate but whatever. It was the weekend. The burger was a popular option amongst the table as was the vegetable wellington which looked delicious but didn’t seem quite as substantial on its own as you may have hoped for the £14 price tag. 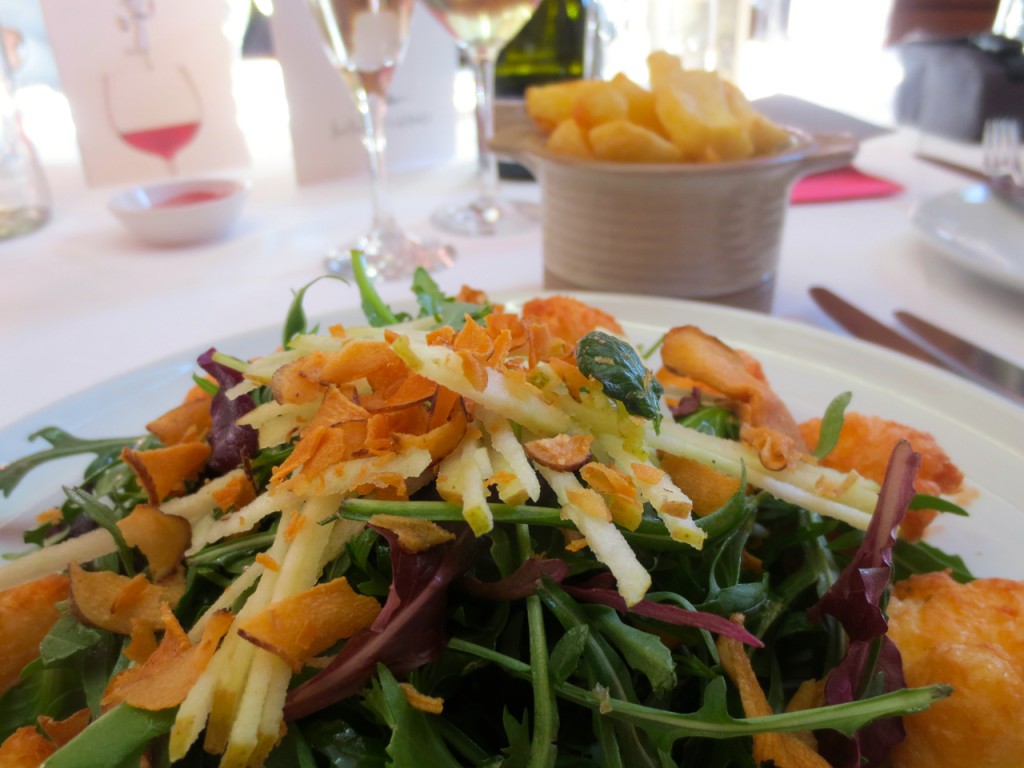 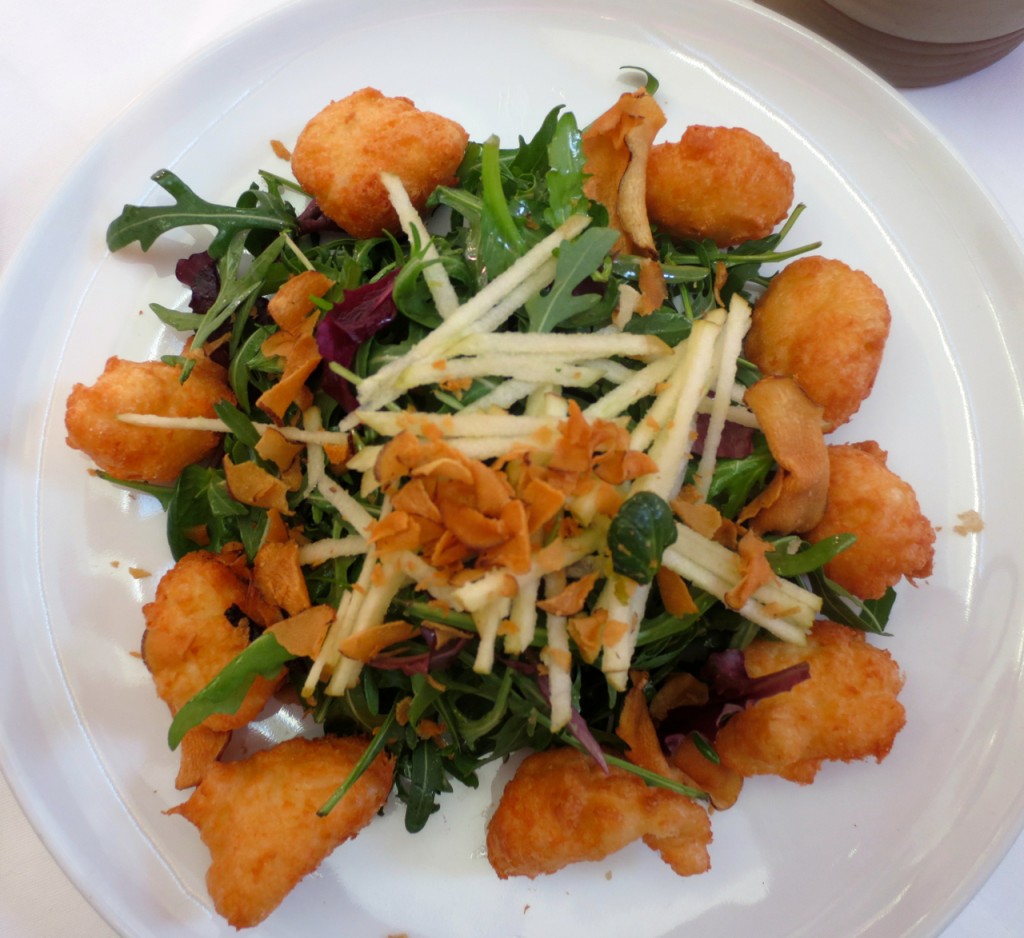 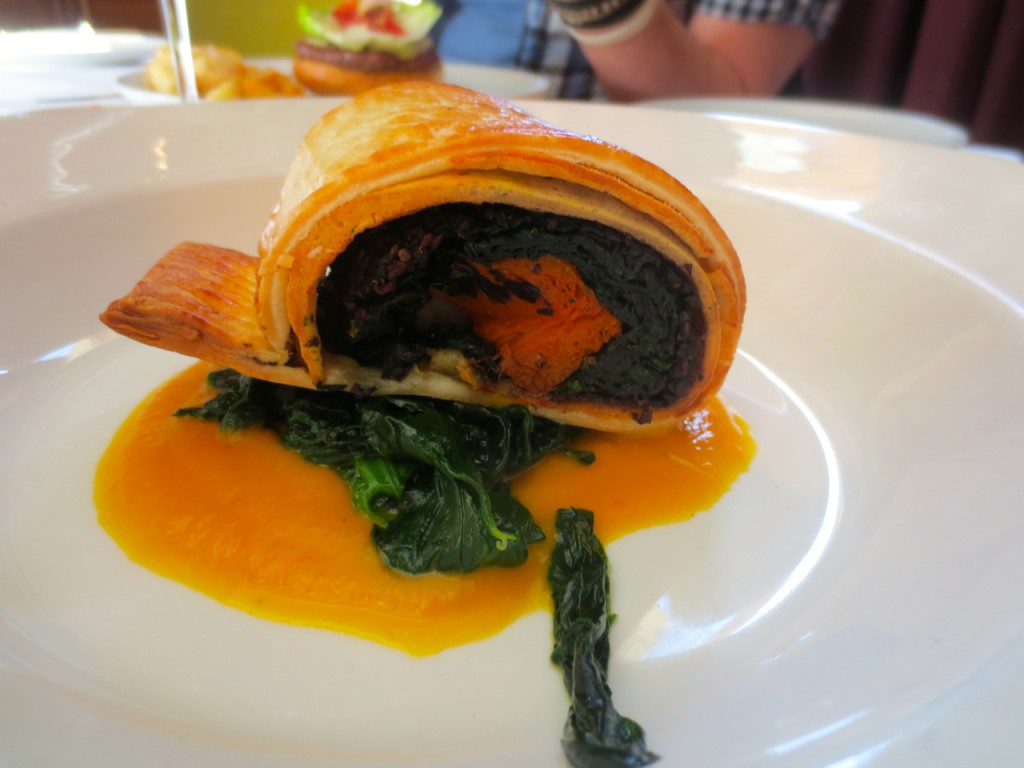 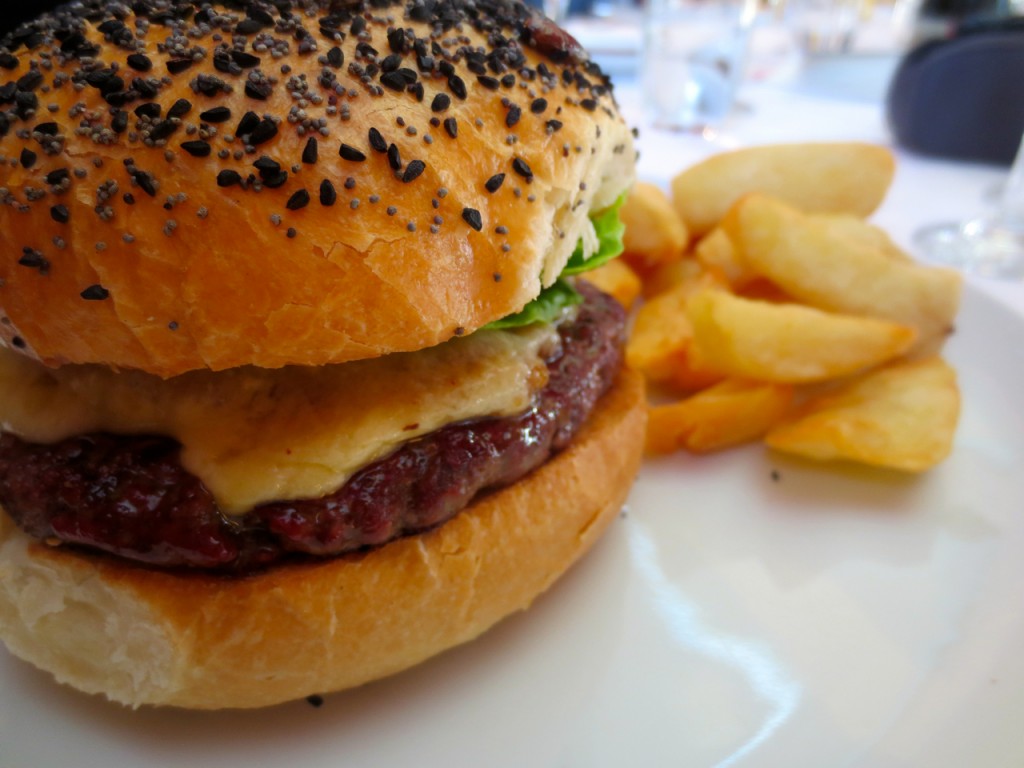 Now as you can see the food looks wonderful but unfortunately we waited well over an hour for it to arrive which somewhat detracted from the celebratory experience. I was later informed my Grandad had ordered a soup starter only be told half an hour later than it wasn’t available. Hardly the level of communication you would expect from somewhere that on its website homepage cites emphasis on “service” as being paramount to them. There was also an unusual incident involving an off bottle of wine being served to us so as you can imagine there were a few grounds for complaint on the day. I’m pleased to say that the staff did rectify the problems where applicable (replaced the wine and offered suitable reimbursement for the huge delay in service) but as was said by my Aunt, it’s not about the money- it’s about the experience and sadly on this day elements of the experience weren’t as wonderful as we all hoped they would be. It’s all very well catering to the Londoners who are caught up in a haze of country air but there’s a lot of competition in the Cotswolds and such lapses in service won’t help in making sure the locals keep coming back. 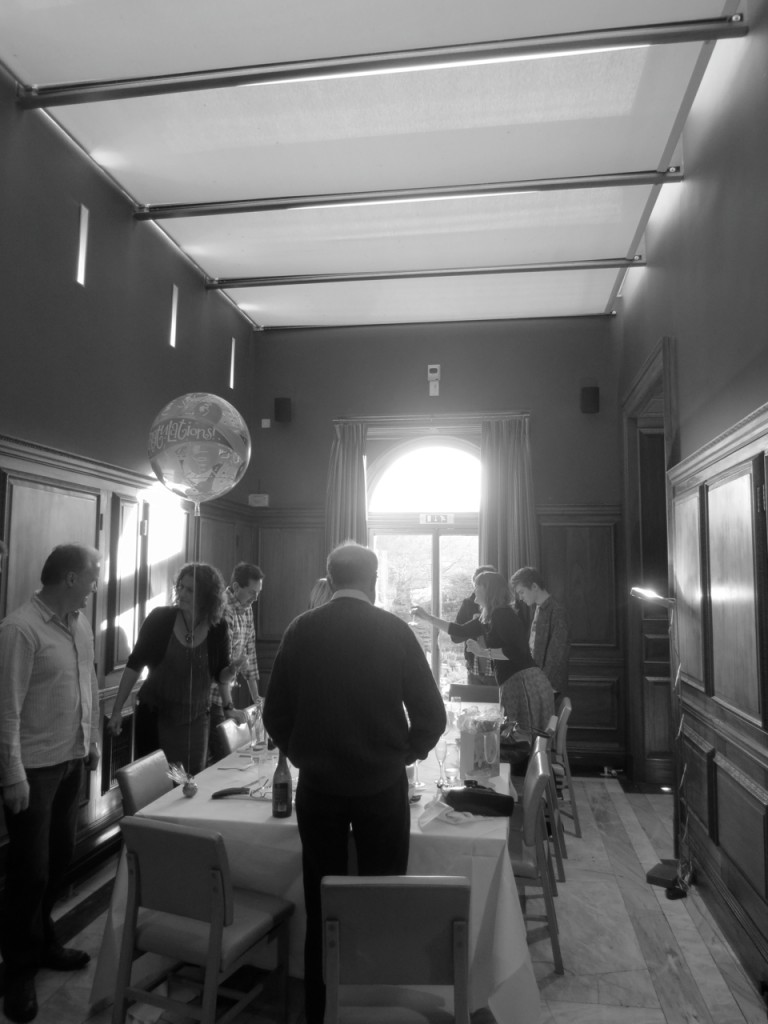 However, onwards and upwards. Literally- I loved this lighting in the foyer. 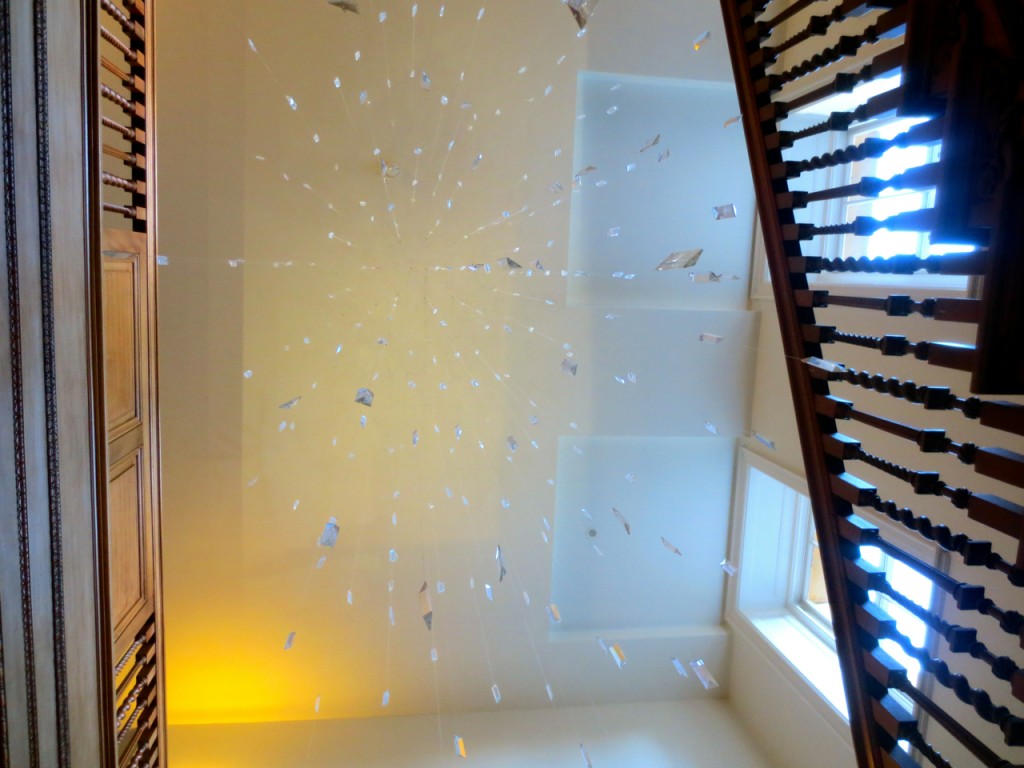 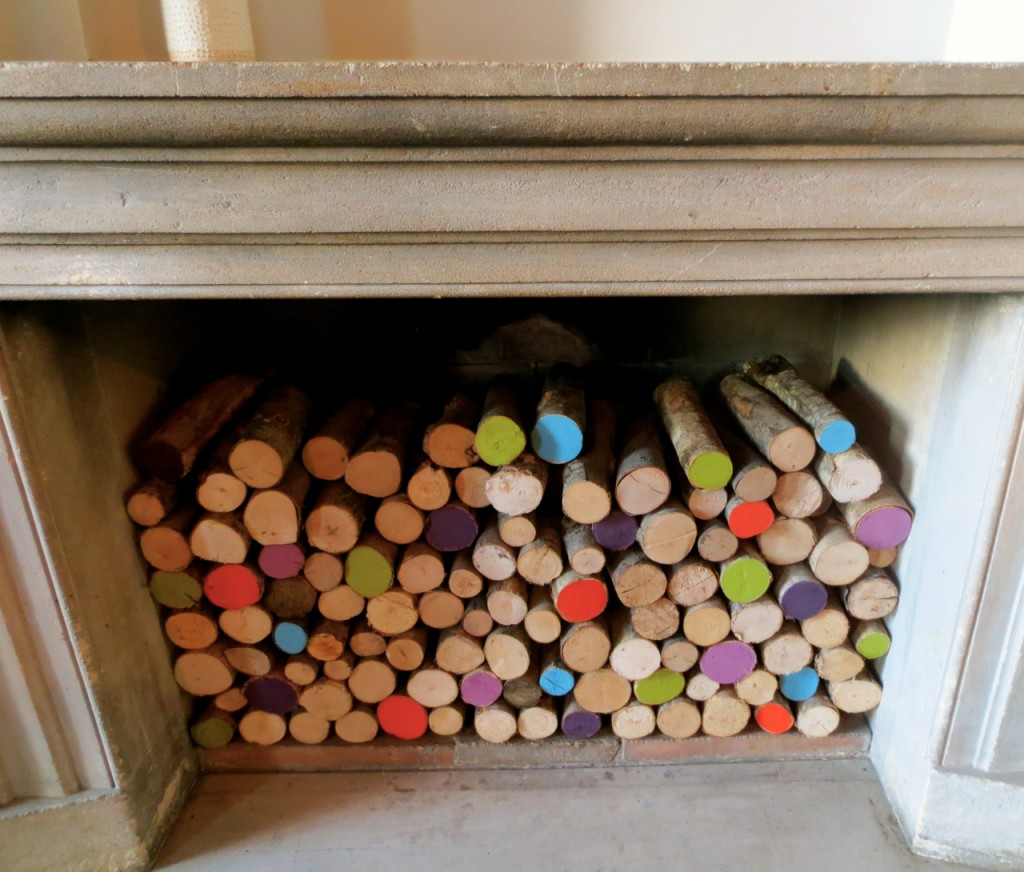 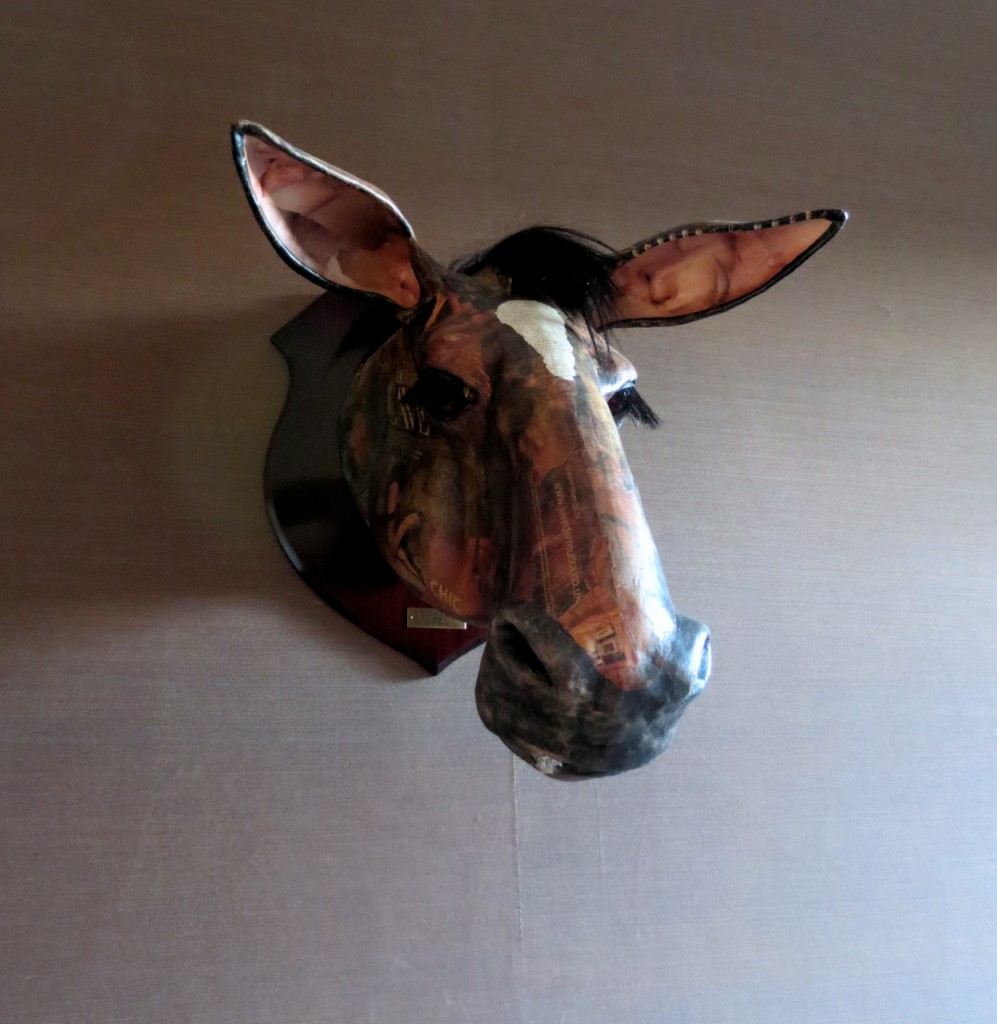 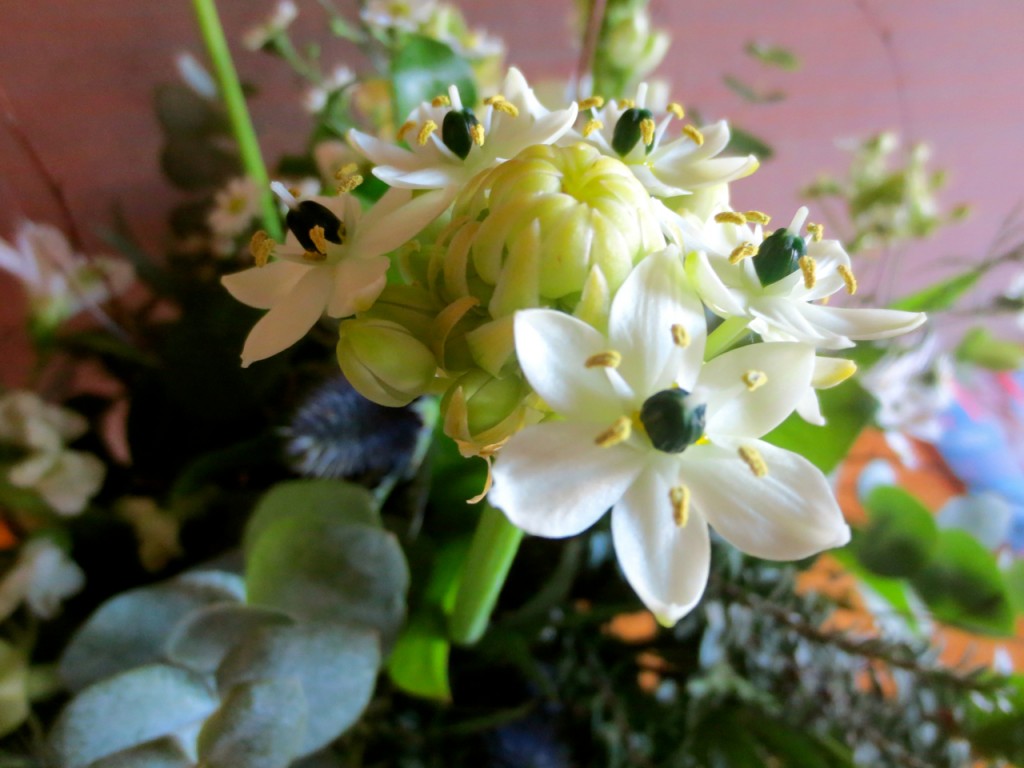 And the oh so Instagramable Hunter collection at the door- 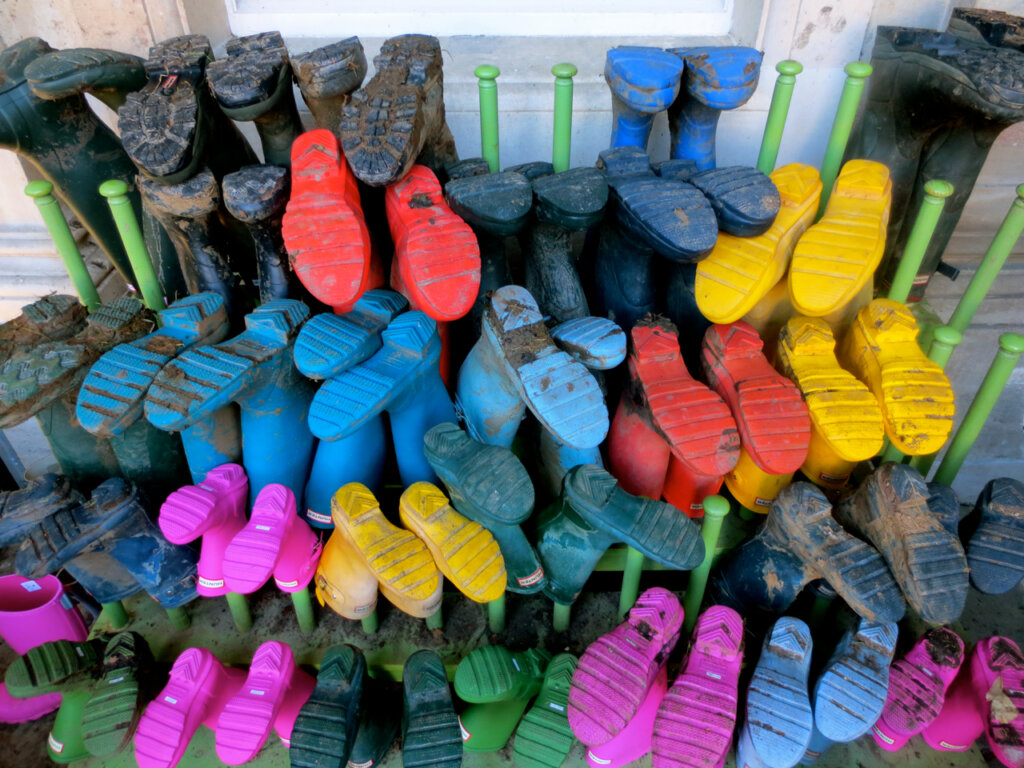 I’m yet to stay as a hotel guest and visit the infamous spa but it’s certainly somewhere I’d like to experience in the future. If your sole agenda is to lounge around with cocktails in hand then a laid back pace of life is something I can get fully on board with. 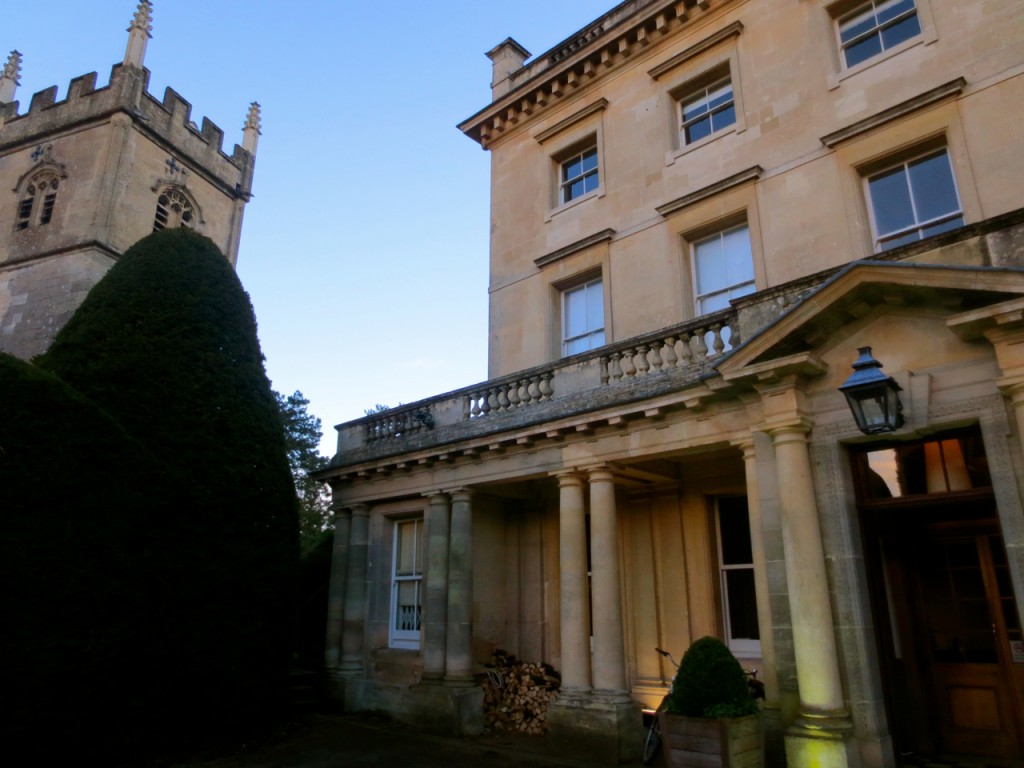 Until then I look forward to hopefully returning again maybe in the summer months and making the most of the grounds on offer. It really is a beautiful place but as we all learned from Paul Hollywood on Bake Off- style is not always a match for substance. 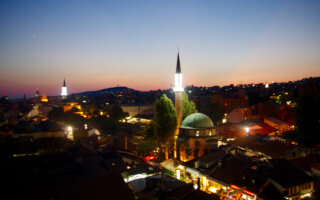 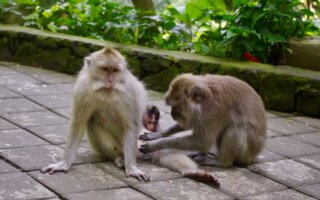 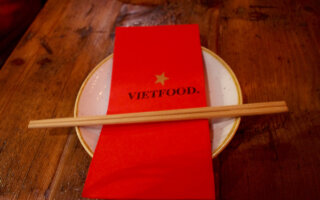 An evening in Chinatown