There are few things I wouldn’t do for cheese. Throwing myself 200 yards down a 1:2 gradient hill is certainly one of them.

The same however cannot be said for hundreds of others who partake in one of the finest annual traditions Britain has to offer. Growing up West Country there are certain things you become acclimatised to. Strong cider…questionable accents…the word “lush” to describe something other than a grassy field or a place you purchase novelty bath bombs…and cheese rolling. It doesn’t get more wonderfully West Country than cheese rolling. 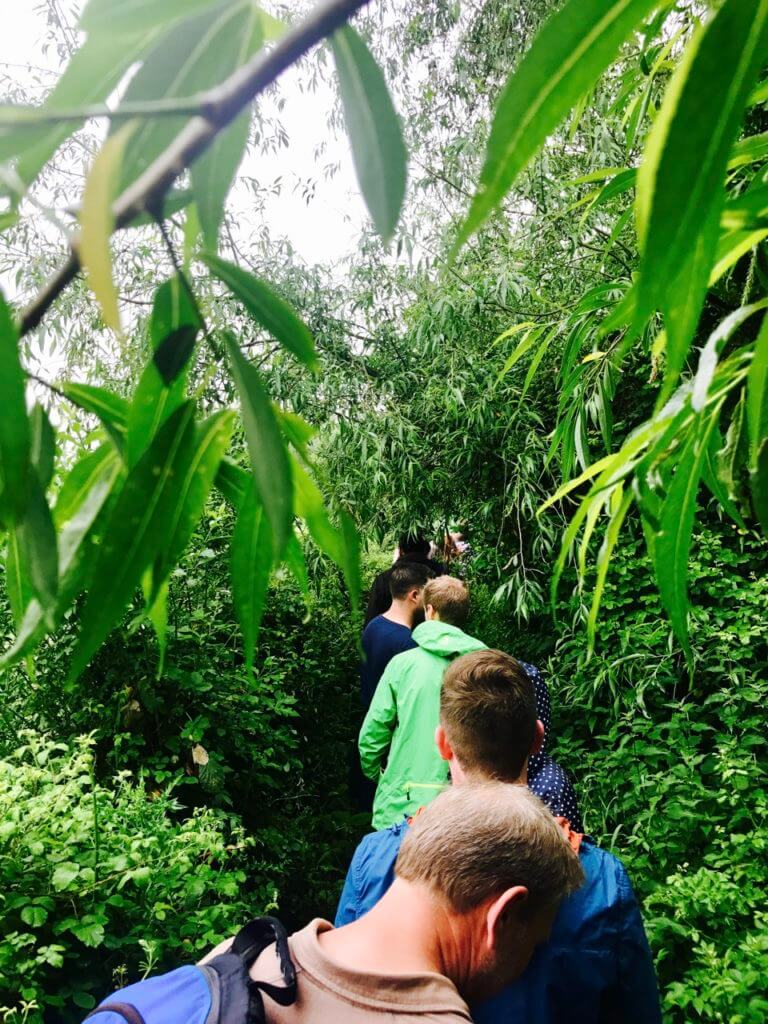 What started life as part of a summer festival is now a volunteer-led annual event that sees thousands of people flock to the small Gloucestershire town of Brockworth and make the pilgrimage up to Cooper’s Hill – the site of the main event. Numerous races take place over a couple of hours and the aim of the game is simple: be the first to cross the line and win the cheese. 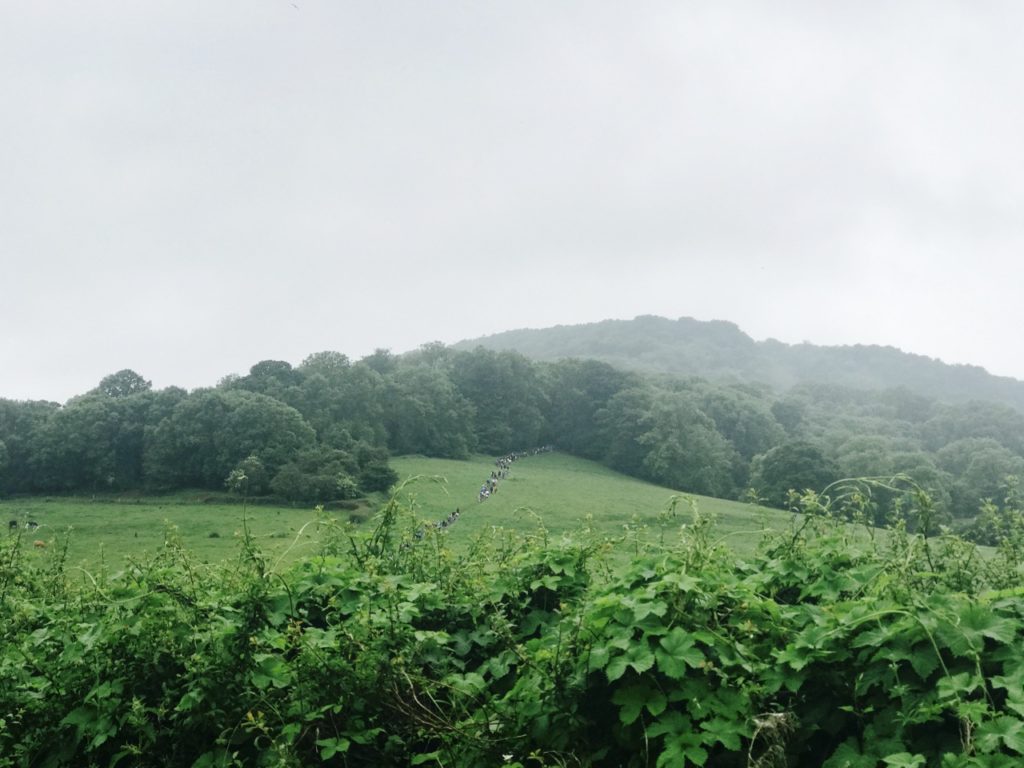 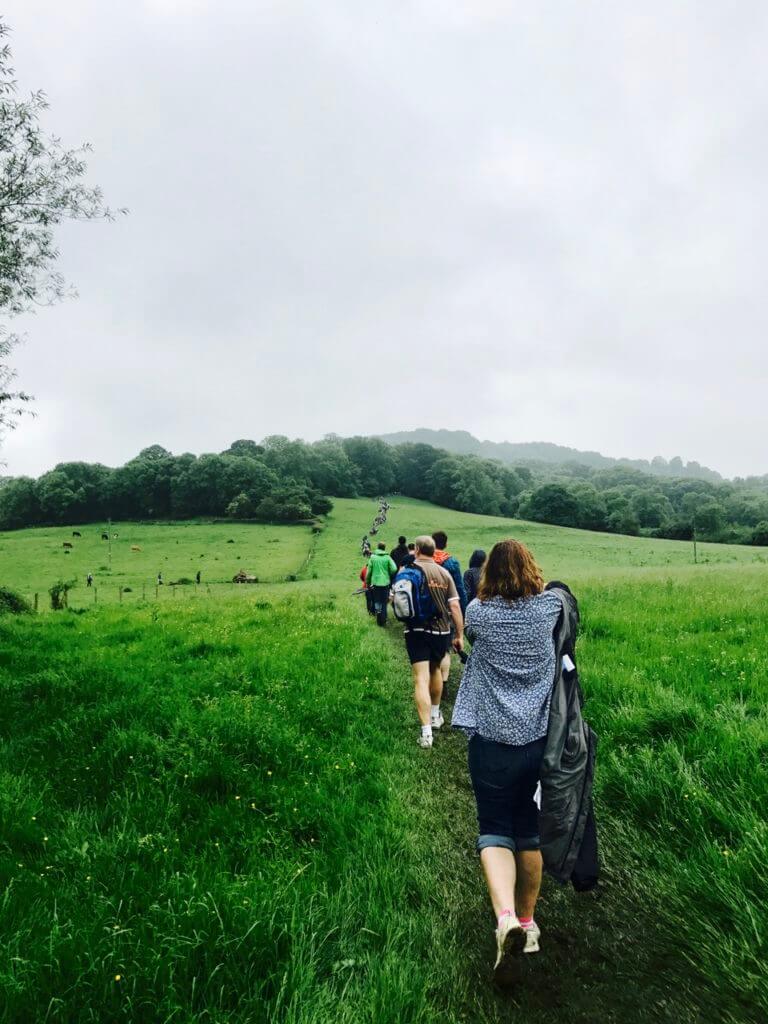 Having spent my entire life travelling to Brockworth, home of my grandparents, and looking out of car windows at this famous hill it took me a grand total of 28 years to attend the event in person. This Bank Holiday several of us joined the masses on a damp May day to witness the spectacle. And what a joyous spectacle it was. 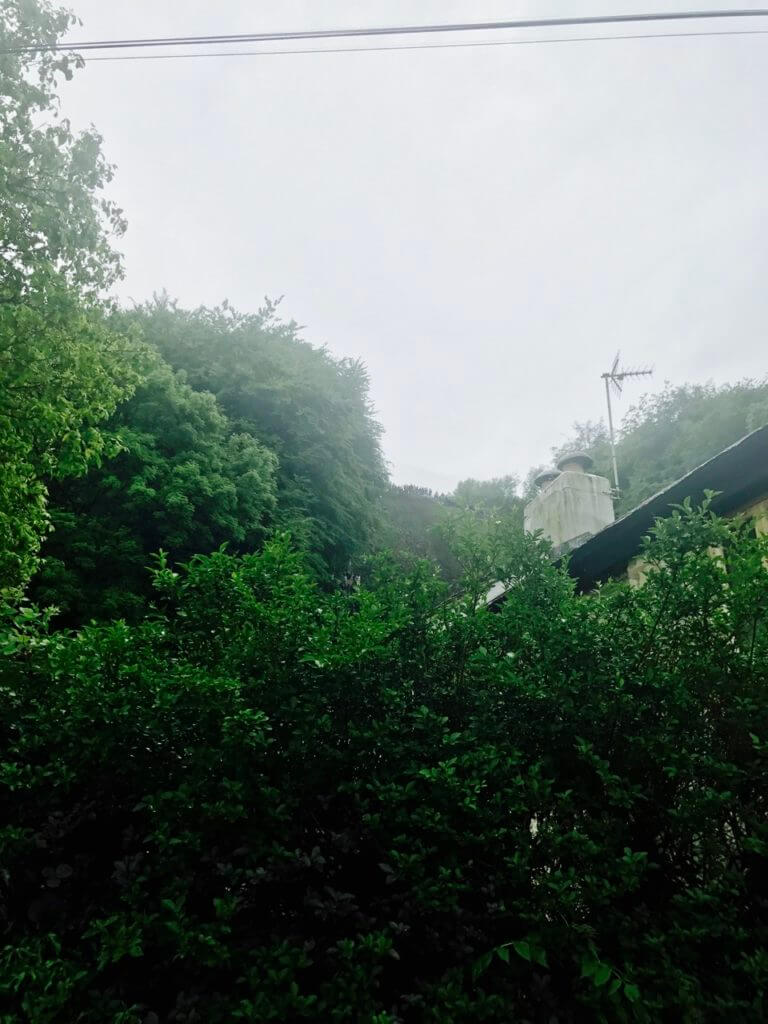 Positions right at the top of the hill (the start line) are both coveted and not for the faint of heart. Parking on cheese rolling day is restricted around the surrounding area so that means the only way is up. And on foot. It would also require an early start to secure a spot so for those who are less dedicated there’s plenty of spectator space along the sidelines and at the foot of the slope. It’s hard to really appreciate the true steepness of the gradient until you’re stood at arguably one of the flatter points and come away feeling like you’ve done 7 consecutive leg days after a mere 2 hours of standing (/gripping). Make good footwear choices. 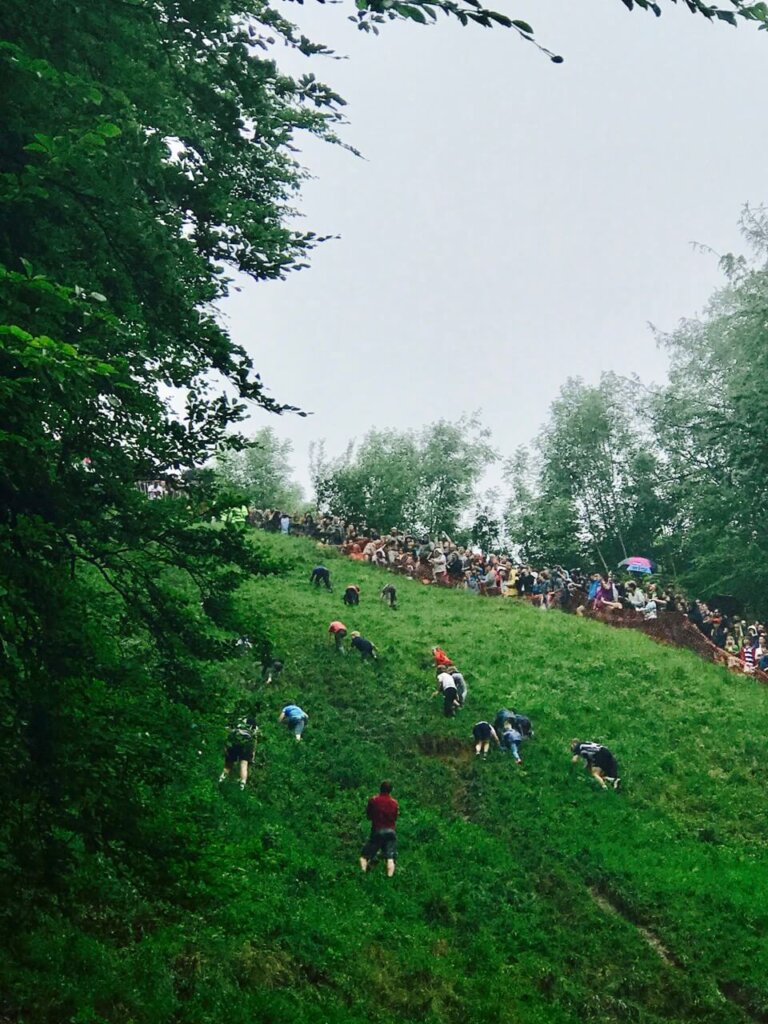 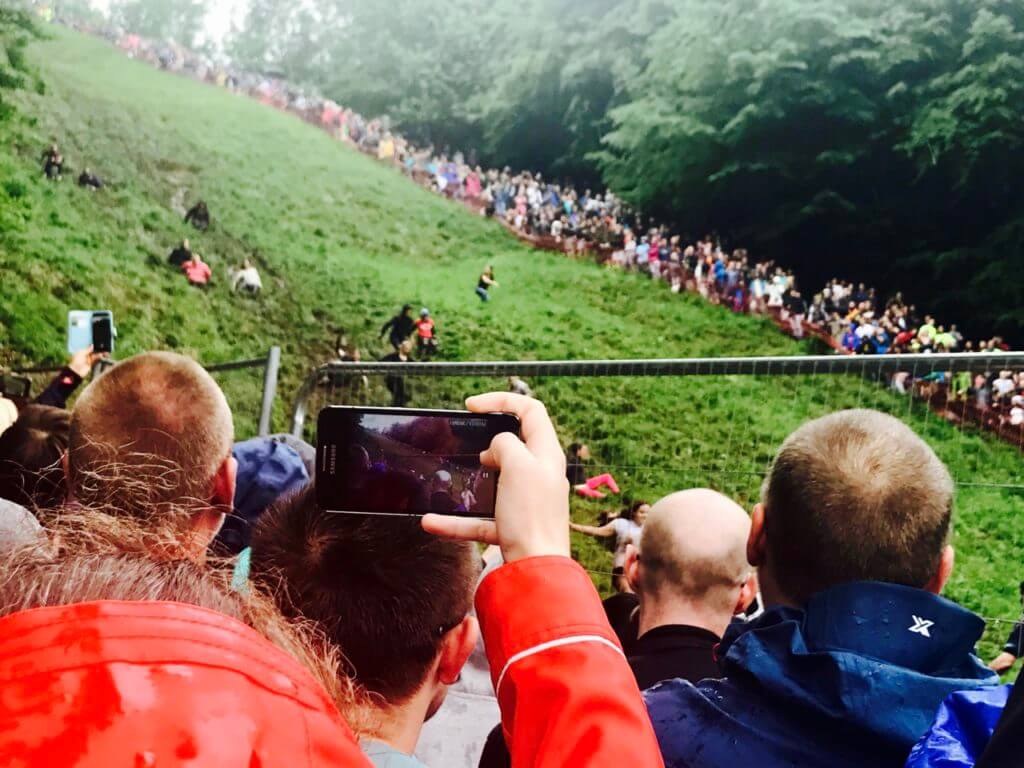 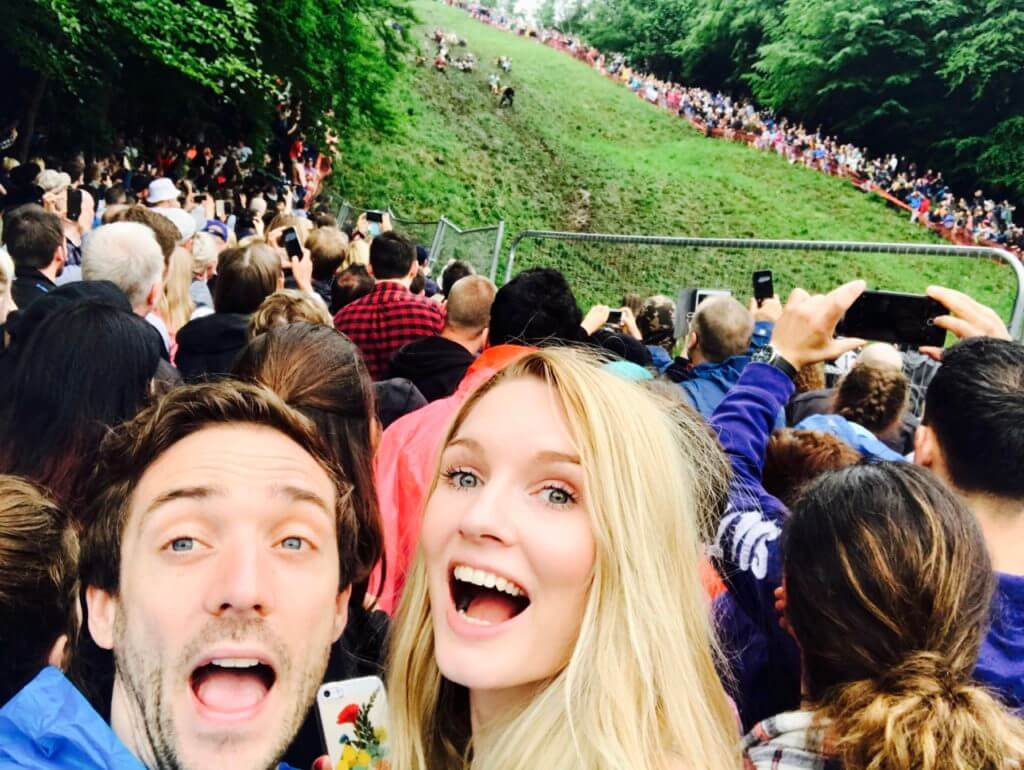 Races consist of the frankly terrifying downhill descents as well as an uphill clamber variety. Despite what my arms may think, I can actually see the appeal in the latter and would definitely not say no to attempting it. One day. From the top of the hill, a 9 lb round of Double Gloucester cheese is rolled and competitors race (jump/roll/bounce/flail) down the hill after it. The first person over the finish line at the bottom of the hill falls into the obliging arms of the local rugby team, who are there to kerb the injuries, and wins the cheese. In theory, competitors are aiming to catch the cheese; however, it has a one-second head start and can reach speeds up to 70 mph (112 km/h), enough to knock over and injure a spectator (cue that strong cider) so crossing the line first is deemed enough.  The big name over recent years has been Chris Anderson who has taken home 20 cheeses in 13 years and won every race he took part in this year. An actual King of the cheese. 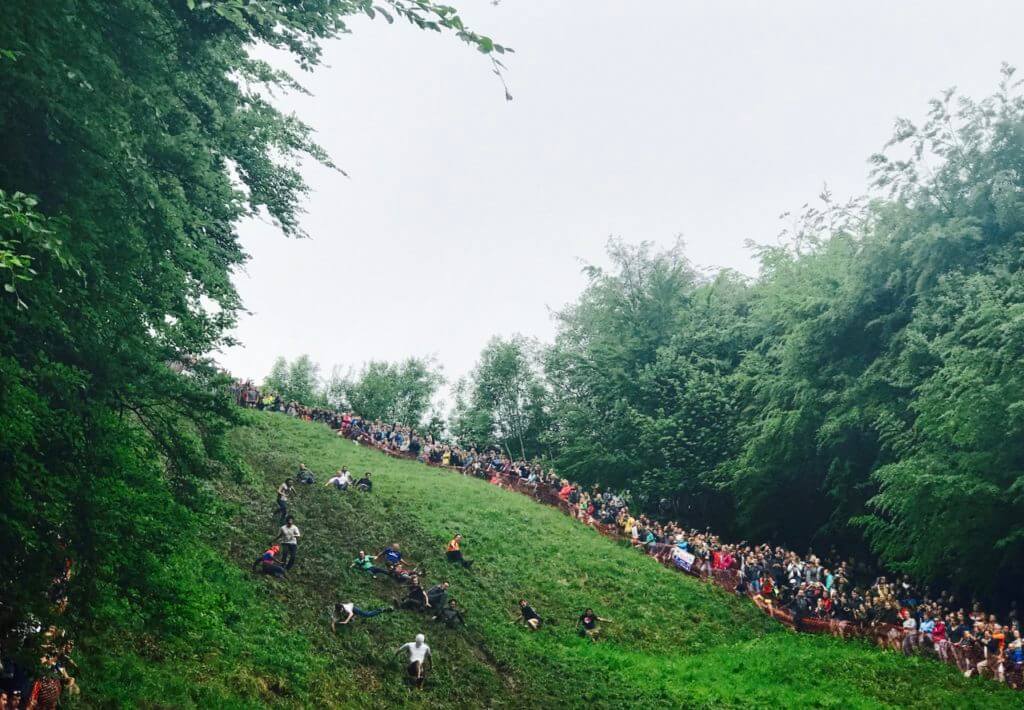 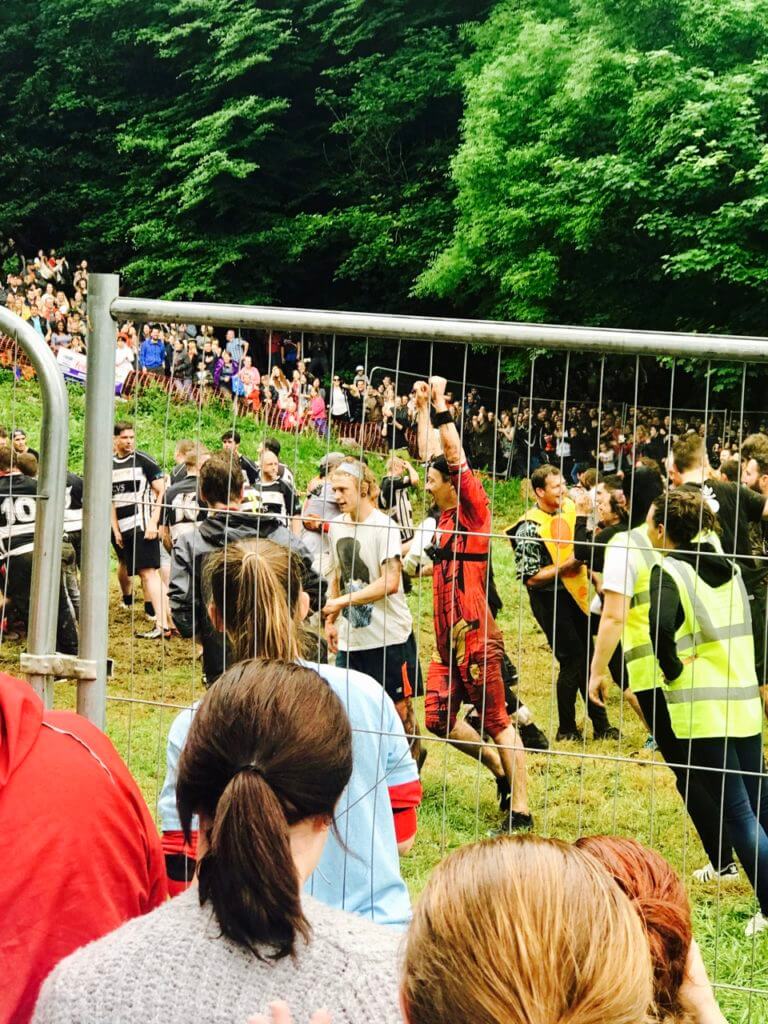 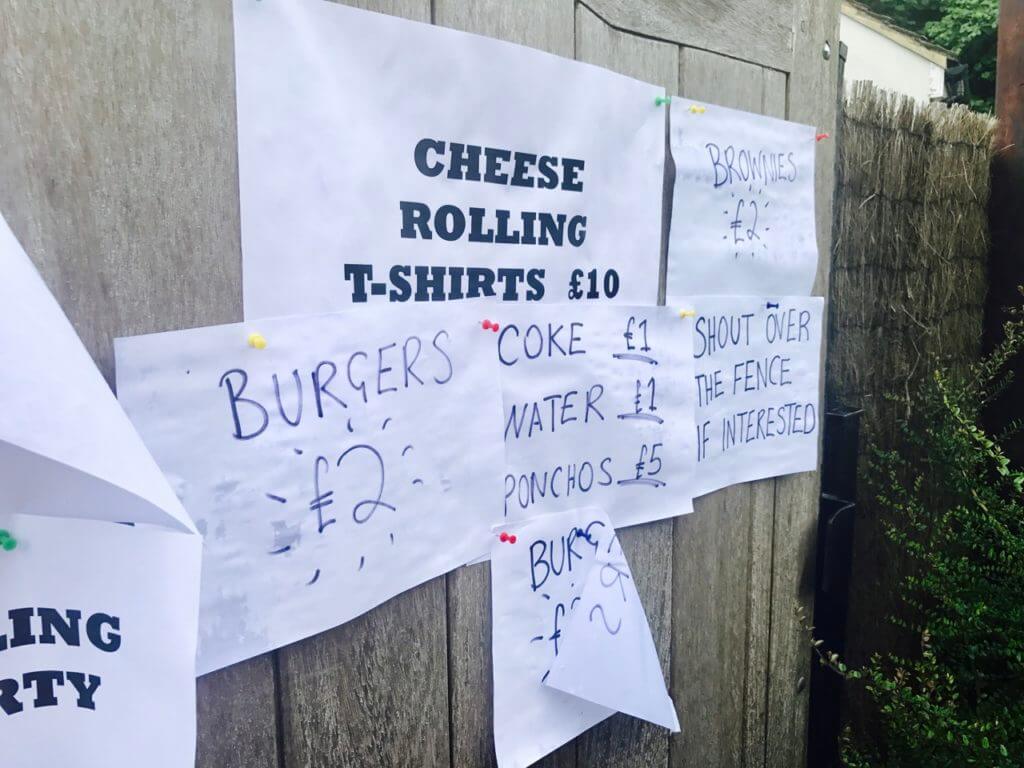 It’s a tradition that has fought authority and continues to grow year after year. If you find yourself in Britain at the end of the May it’s certainly worth tying into a trip with the surrounding Cotswolds to witness a true slice of quirky English life.

Here’s a video insight into a damp day filled with fun and Fromage: 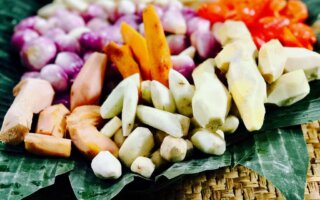