All aboard the high speed train to Roma Termini which is by far the most 21st Century train we have resided in so far- the screens above the carriage seats and reclining chairs emanate an aeroplane on tracks. I spend most of the journey trying to subtly stalk the two American girls next to us who seem to be working/interning for some renowned Hollywood companies and productions. I contemplate striking up causal acting career based conversations with Tom across the table in a “hi employ me” way then realise I am not that person, no-one likes that person and so instead go back to silently admiring the Italian countryside. Networking- you’re doing it right.

Upon arrival we descend into the decidedly less glamorous metro which homes graffiti covered trains and gives off a distinctive subway scent reminiscent of that found somewhere deep in Manhattan. As it is what we declare to be feeding time we take the metro the Pizzarium- a spot I had found using the wifi  on our uber train that cost a mere 0.01 euros for the duration of the journey. As expected with any Tripadvisor favourite the crowds were spilling onto the street, all eating their rectangular slices with content. A selection was quickly ordered but mid way through the carb fest we realised time had escaped us and we’d have to take a taxi to check in at the hotel if we were to make the Vatican time slot we had on time. Hotel Colors was very nicely hidden away in amongst some immaculate Italian houses and in close proximity to The Vatican. Our room was modern and clean- perfect for our short stay.

One quick change into pope appropriate (edit- “a-pope-riate.” Thanks J Hogg) clothing later and we arrived at The Vatican which, as it happens, is huge and very easy to lose your way in. Turns out our 3pm tickets were valid until last entry at 4pm so after quick marching around what felt like the parameter to find the correct entrance we finally made it in. Now I have minimal knowledge of Catholic institutions so really didn’t quite know what to expect. As it happens the scenes that met us were of pure grandeur and opulence- the most intricate of paintings tessellated in amongst the years of history. 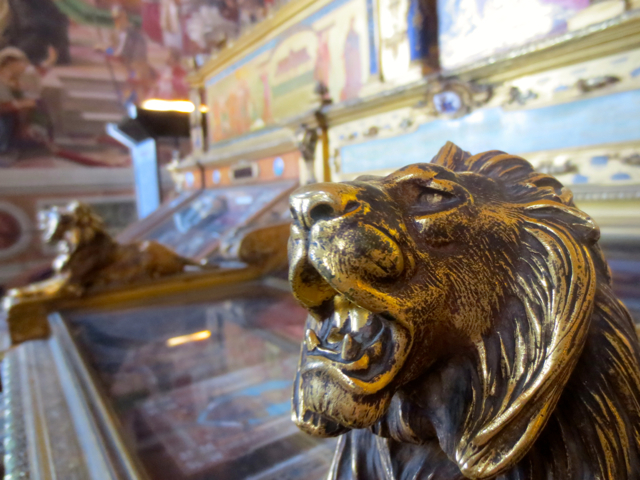 Passing through room after decorated room amongst many a tourist (and one too many iPad being used as a camera…) we eventually reach the Sistine Chapel which is entered through the epitome of nondescript doorways. Luckily for the masses the photos (which you’re not allowed to take) don’t lie and the interior was truly something to behold. We spotted “that” iconic picture and suitably art worked out headed to St Peter’s Square where rows of chairs had been assembled ready for the next day’s address. 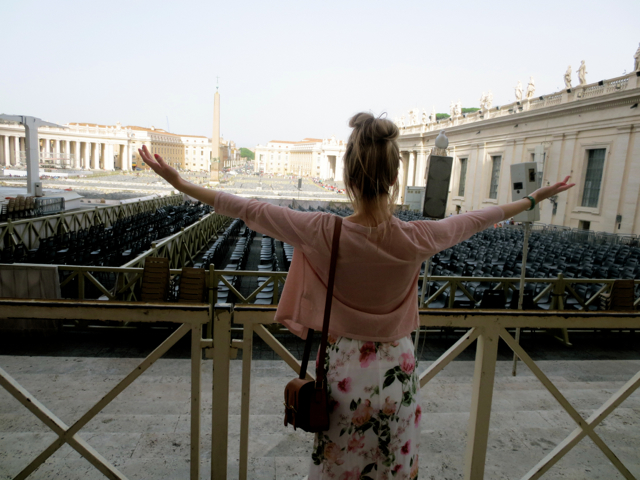 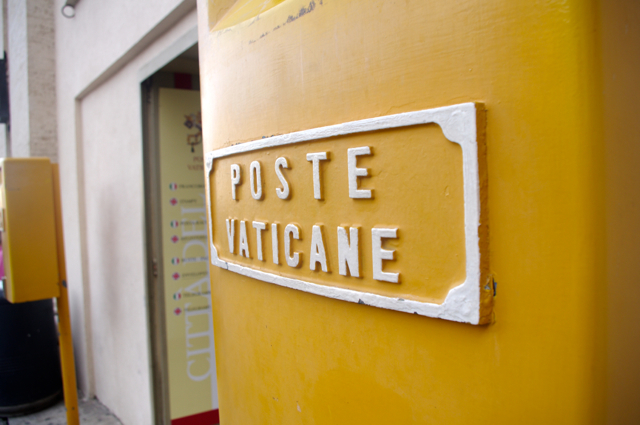 Culture for the day done we consume some local delicacies (prosecco) in the room before heading out to a restaurant that was meant to be renowned for its authentic Italian dining style. Upon arrival  at Nuova Osteria we were seated outside in a car park which promptly led to me questioning my research skills but once we had politely asked to move inside the food and service were second to none and my faith in the internet had once again been restored. Phew. The evening was long and the laughter was plentiful as we chatted to the owners and enjoyed everything they had to offer. It’s situated a taxi ride away from any real civilisation but definitely worth a visit in my opinion. Their white wine is stuff dreams are made of.

The next day is designated for sightseeing and sightseeing we do. Rain? What rain? Working through a literal tick list and constantly being submerged in rain showers we make our way along cobbled streets and busy roads and I love the city more and more with every step. Much to my horror my long awaited Trevi Fountain photo will remain untaken for some years yet as we arrive to find the entire structure behind a mass of scaffolding and bars. So sad. Why was this not broadcast upon arrival into the city? Why? Sob. 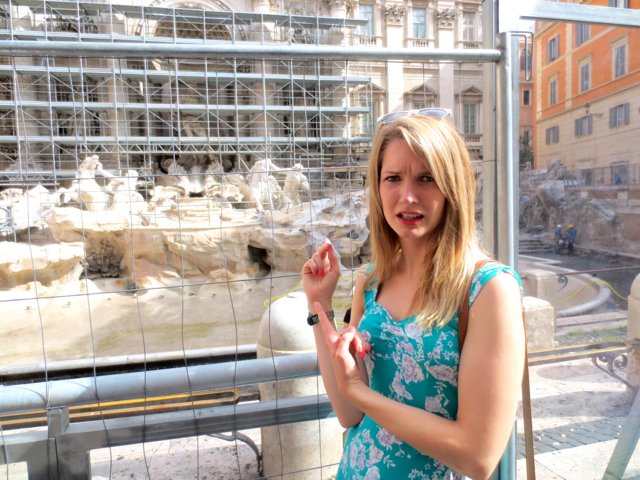 Much to our delight the Italians seems to relish in a good buffet lunch and not being able to face another slice of pizza we opt for such a restaurant in amongst businessmen and locals alike where antipasti and salads can be piled high for a very reasonable price.

I don’t know what I could say about the Colosseum that hasn’t already been said but it really does have to be seen to be believed. The history and preservation makes you feel like you’re really walking side by side with the gladiator ghosts of yesteryear. We happily wandered around on our own but next time I’d try and do an underground tour for sure. Forum explored and feet suitably destroyed we head for gelato (of course) which we find after walking in a circle for about 30 minutes circa 100m from where we initially started. The pain. It was real. 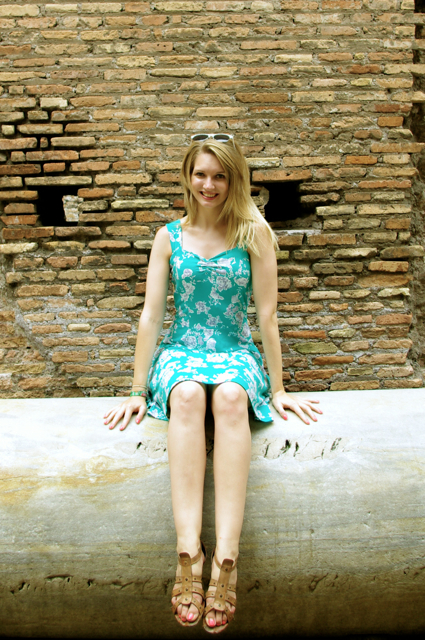 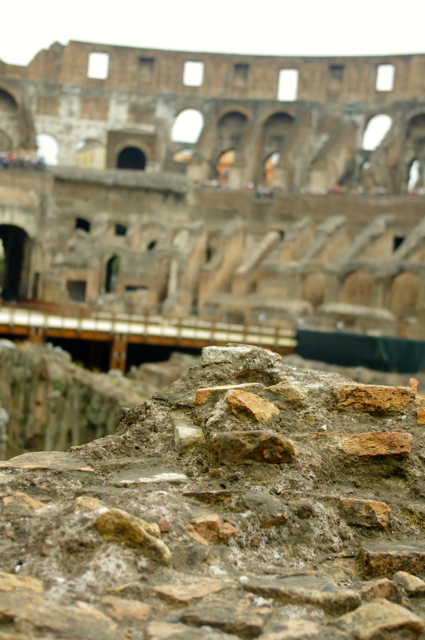 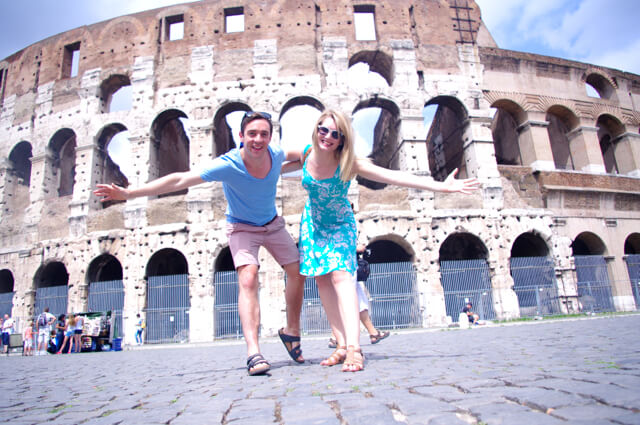 One of my favourite “street” finds was discovered on our way back to the hotel- a 1 Euro jewellery stall set up near the Vatican. My magpie eyes soon unearthed some hidden gems and homed in on the pink, floral and sparkly wrist appendages that I shall look down on fondly for many years ahead. Definitely worth a stop for some cheap Roman souvenirs. 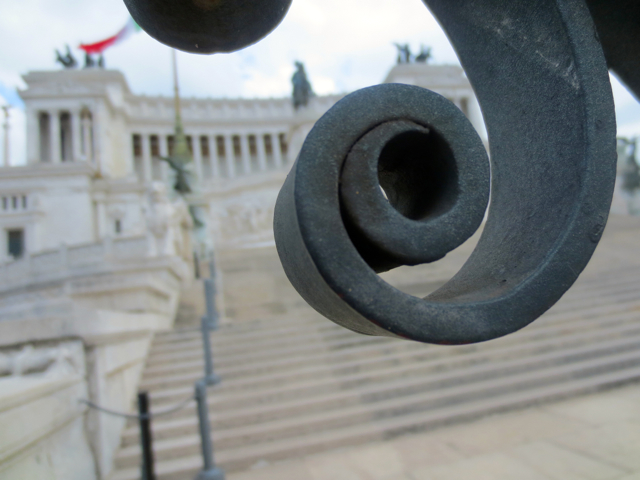 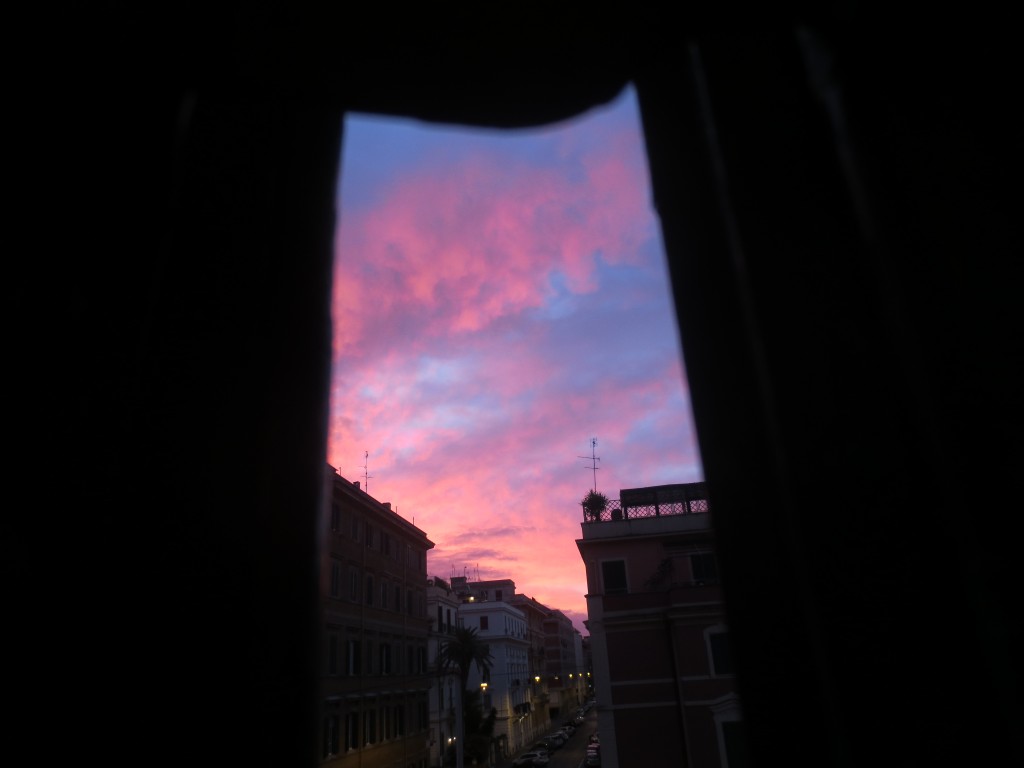 Rome may well be my favourite European city- a culture filled metropolis with an exuberant New York vibe. Our plan to celebrate our last evening here had been to head to the buzzy Trastevere district to experience the nightlife that we’d read so much about. However, bug bitten, broken and exhausted this soon transcended into takeaway pizza and prosecco in bed. As it happens it was perfect and I’m quite sure that if the ancient Romans had had the option they wouldn’t have partied in any other way.

Where we stayed- Hotel Colors

Where we ate-  Pizzarium, Nuova Osteria 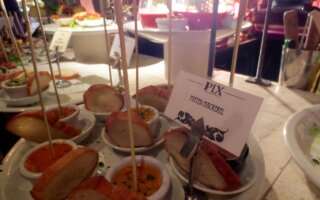 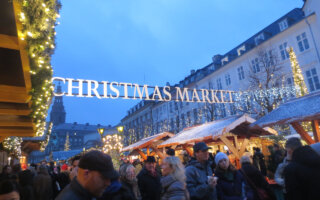 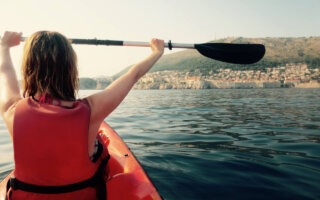