At my friends’ recent wedding the bridal party were tasked with the fun job of helping to create desserts for the day. The stipulation was simple- as long as it fed around 8 people and didn’t clash with another person’s dessert you were good to go. Excellent. Now being a Bridesmaid I took this responsibility very (too) seriously and spent a while coming up with the perfect creation. It had to be relevant to my friends getting married, it had to look great and it had to be delicious. Luckily said friends are part of my very prized “summer camp” group which in turn provided me with inspiration a plenty. The thought process started with making an edible camp and eventually made its way along the more logical line of American food…sugar…camp fires…S’mores! After weeks of scheming our final product was decided upon and I present to you a Summer Camp S’more Cake – a Blondie Oreo tray bake with a S’more topping all happily toasting away round an edible campfire. That flickers. 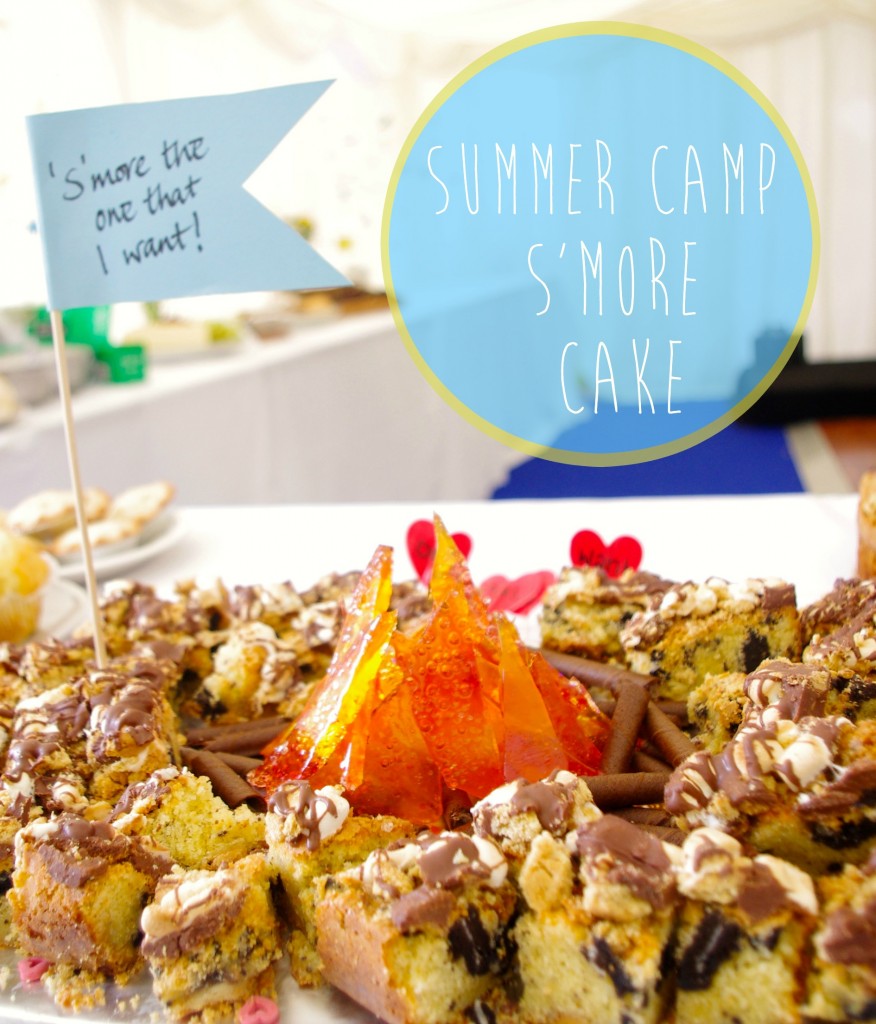 The tray bake was simple- a white chocolate blondie recipe with the addition of crushed Oreos which was baked for 5 minutes less than required then topped with marshmallows, crushed up digestives and chunks of chocolate before being returned to the oven until marshmallows were turning golden and slightly melting. Once it was out of the oven I drizzled the whole cake with melted milk chocolate then allowed to set in the fridge. 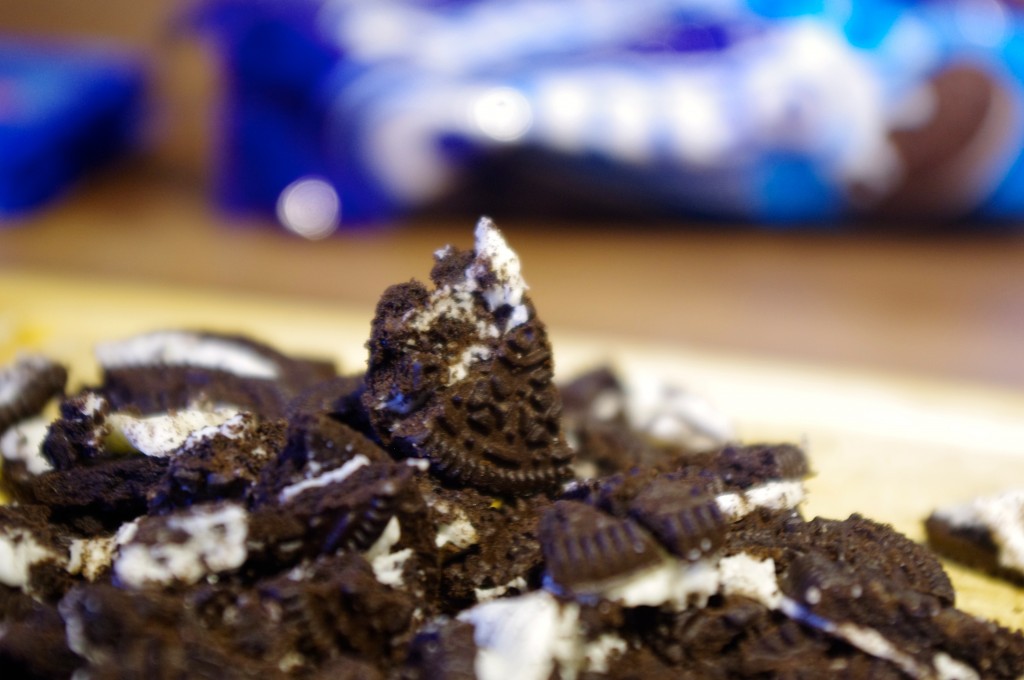 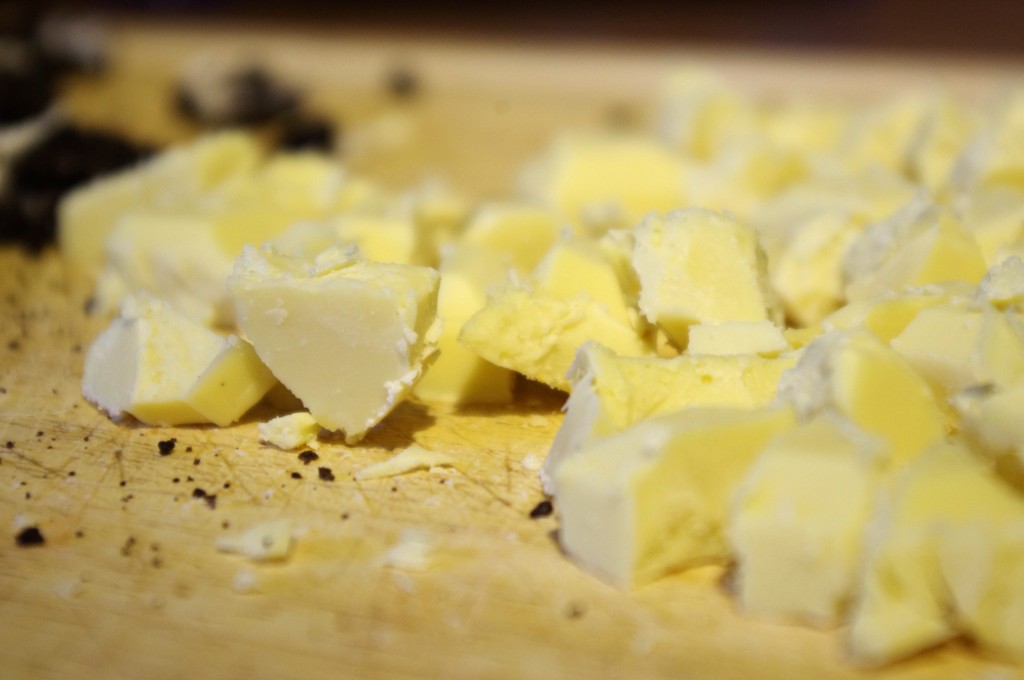 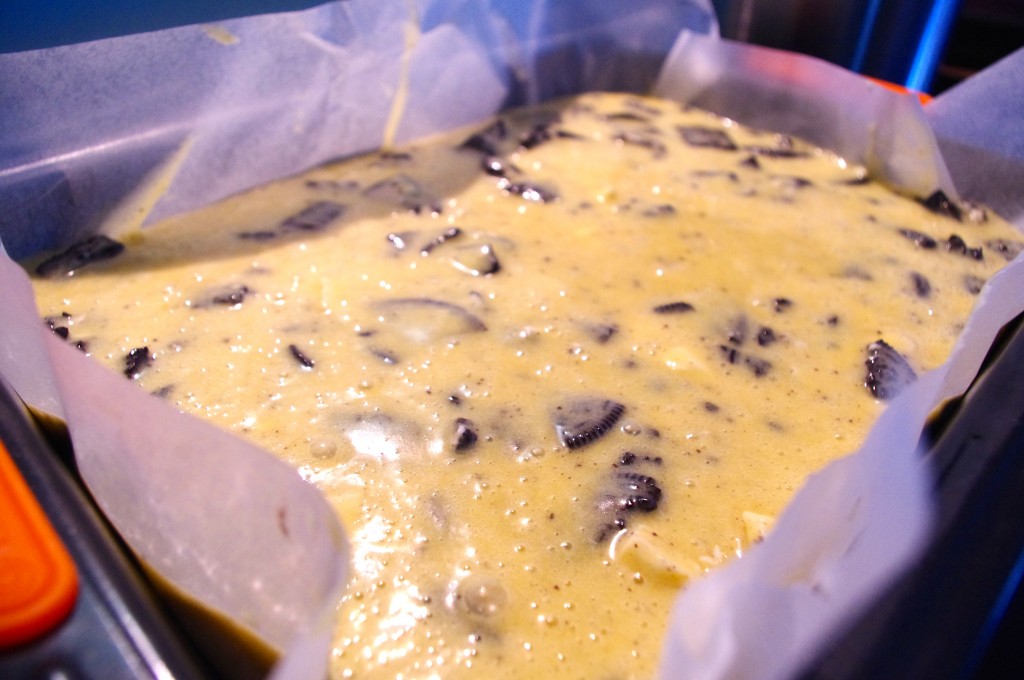 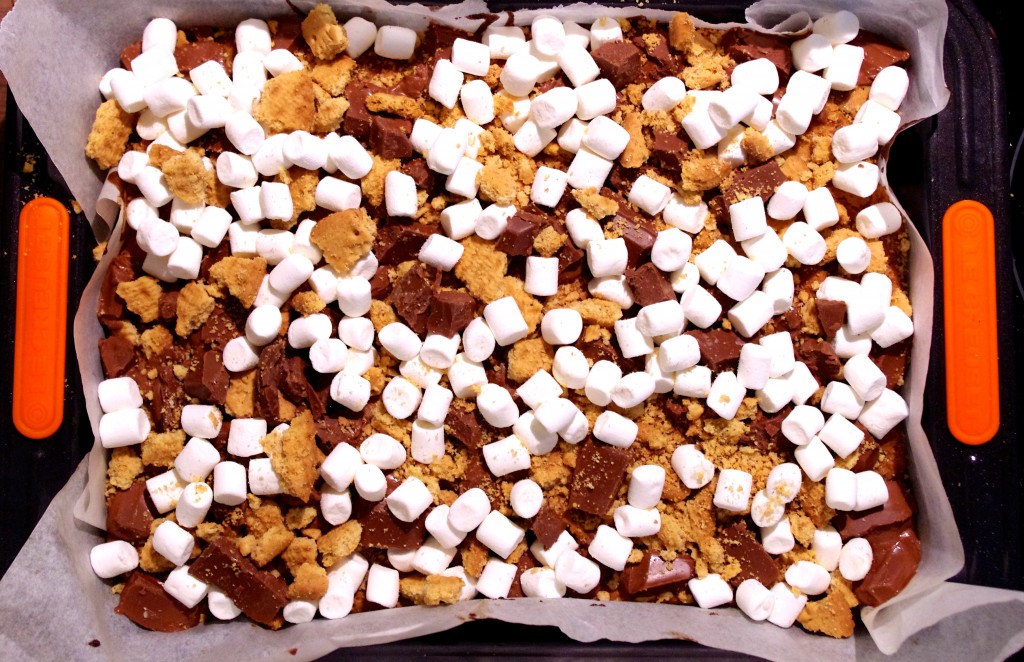 The camp fire was fun to make. We bought a packet of boiled sweets and extracted all the (useful) red, orange and yellow ones. On a baking paper lined tray we baked the sweets until melted and then swirled the mixture together so the colours interspersed before returning to the oven for a few minutes longer. Once satisfied with the colours we took the tray out and allowed it to cool completely overnight in the fridge before cutting into flame like shards with a knife. The trick here was to create shards of varying sizes so that when assembling the “fire” the height of the flames would all differ. I was desperate to make the fire seem real and after weighing up various options (apparently creating an actual fire could have been a health and safely violation…yawn) we decided to go for two battery tea lights buried in the centre of the flames which worked perfectly. The flicker of the flames was just right- especially as the light dimmed outside. 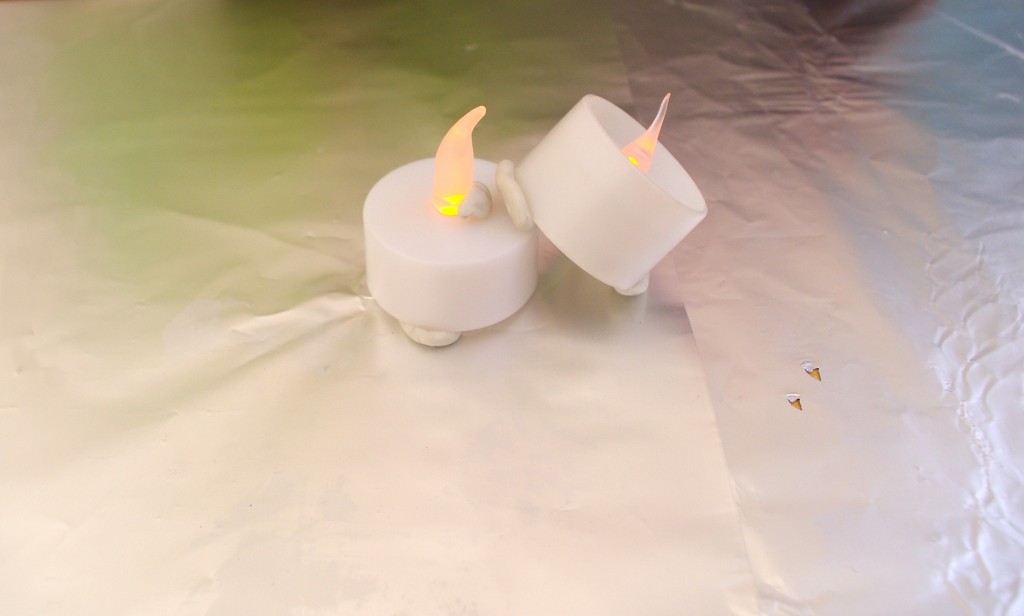 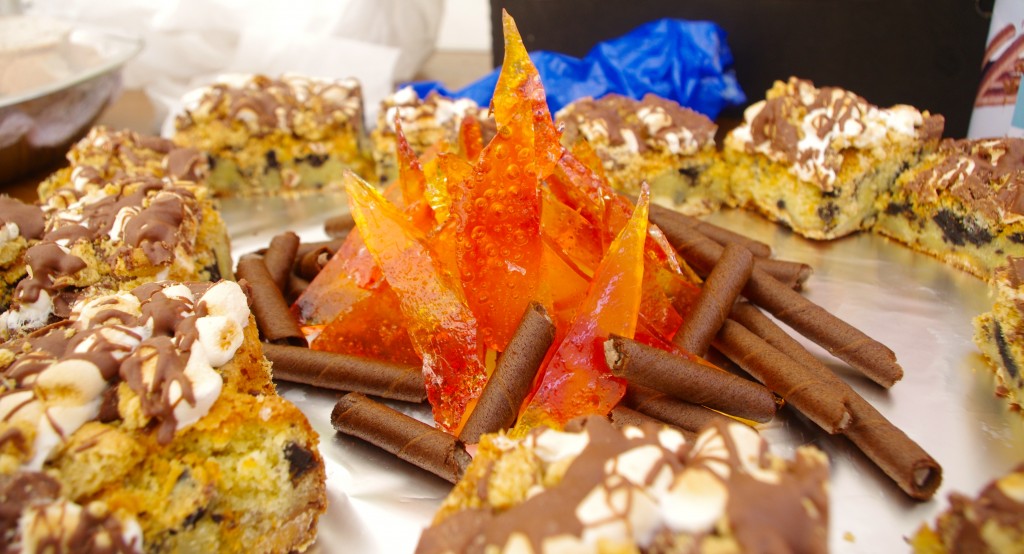 For the logs we used some chocolate wafer rolls we found whilst in Camden. They were surprisingly hard to find in our local supermarket but on the off chance this shop had several varieties. Which was lucky. 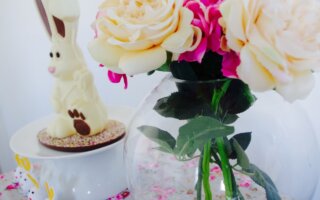