It was probably midway through my third day of consecutively consuming a meal of aubergine parmigiana when I really cemented my love for Italy. Drowning in aubergines and parmesan alongside the Gulf Of Naples in the perfectly warm September sun; there is, surely, no better way to recover from a wedding. We took off for five days three weeks after getting married, called it a minimoon in the hopes of getting some perks (read: prosecco) and spent our Amalfi Coast days alternating between lazing in a state of newly-married bliss and exploring this new corner of the world in our old, familiar, many steps a day way. Same us. New jewellery.

At this point we hadn’t finalised plans for a honeymoon, only knowing that we wanted to take time out for a longer-haul trip in January. We both liked the idea of going somewhere not too far away for a long weekend so Tom picked Italy, we debated between Tuscany and the Amalfi Coast and settled on the latter with the intention to one day hire a substantial villa and fill it with friends/family to tick the Tuscany box another time. I’m sure at the end of the summer the Amalfi Coast is almost exclusively filled with just-married couples but we embraced our cliche status, packed all my favourite white outfits and headed south to Sorrento.

If anyone was wondering about the exact location of hell on earth, I can confirm it is car hire at Naples airport. Two bleak hours in the midday sun with nowhere to hide and no sense about what was happening and the only thing I was losing quicker than the entire water contents of my body was the will to live. I do not understand the perpetual way the entire airport car-hire industry is designed to test you, a hangry foreigner in a new country, and why we continue to accept such torture. Someone design them something, anything, to make the whole system disappear and re-emerge in the 21st century.

Once we had eventually made it to Hotel Villa Garden our airport woes had long faded away and instead, we stepped into our new roles as shiny, happy people enamoured with the charming welcome, gleaming marble interior and delighted by the Mount Vesuvius views. The only thing bluer than the combined effort of the sky and sea was our brightly tiled room. Simple yet styled in a cool, Mediterranean way with enough room to swing a plethora of Italian cats and with the ultimate views of some impressive yachts as well as the Bay Of Naples and aforementioned mega volcano.

We were kindly presented with a bottle of prosecco (hooray!) which we swiftly took to the pool and proceeded to soak in alongside the afternoon sun. Although set slightly out of the main town, Hotel Villa Garden was in a perfect location and the small number of rooms made for a more personal stay. Breakfast was served in a dining room with panoramic windows leading to views of the coastline and everyone’s favourite volcano; just in case you forgot for a second where you were. Although vegan options were somewhat limited, we did eat a fantastic evening meal of lemon pasta and local shots at the cliffside dining terrace (booking in advance advised) and, continuing the theme of the week, discovered the most delicious lemon marmalade at the breakfast buffet. Hotel Villa Garden know how to work a lemon. For this and many other reasons, I thoroughly recommend them for a Sorrento stay.

On our first evening, with no real agenda other than maybe sourcing an aubergine parmigiana, we made our way into downtown Sorrento where we learned that taxis for 10-minute journeys cost more than flights across Europe. Sorrento itself exudes coastal chic. A city for sauntering that’s brimming with historic alleyways and lemon-themed souvenirs. The hilltop hot spots are best reached by car but in the centre, there are plenty of places to stumble into for some classic Italian fare. We did exactly this at L’Antica Trattoria which is somewhere I had previously starred (starring on Google Maps is my favourite pre-travel essential activity) but couldn’t exactly remember why. Once we had been seated and were presented with the option of the four-course tasting menu my memory was jogged and before we could even decide whether we were hungry enough for four courses, the aperitivo had appeared. What a happy evening it was. I opted for the vegetarian option (vegan also available but I couldn’t pass on the cheese) and Tom went for the Symphony menu. I soon remembered the star was for exactly this reason; the option to try several local dishes for a reasonable price (€49 plus drinks) in a gorgeous setting. Just the right amount of Italian ambience/chaos balanced with the ideal measures of wine all served under a canopy of all-enveloping warmth that comes with a mid-September evening.

Daytime in Sorrento consisted of finding more aubergine parmigiana (two for two, a solid effort) this time under a canopy of lemon trees at o’Parrucchiano La Favorita.

We explored the cliffside watching people swim below and sourced some token gelato from Gelateria David before walking down to Bagni Regina Giovanna where hidden-cove-swimming and rock-perched sunset-watching were top of the agenda. At the time I was in the midst of a knee injury that I picked up as a great gift from our wedding. (Really cute way to enter into married life, 0/10 do not recommend.)  Because of this, swimming wasn’t on my agenda but it did mean I could spectate from a tentative distance and pretend to take photos of Tom whilst really documenting the dogs. The post-swim sunset was idyllic and well worth the hike/hobble to find the perfect spot.

The best thing about Sorrento was found behind unassuming doors in a nondescript courtyard. Il Rutino was a restaurant we had quickly found on Google maps and chosen for its hotel proximity rather than promise of gastronomic greatness. One of those blissfully happy accidents that you’ll find yourself frequently thinking back to as the months pass. A new benchmark set followed by an immediate fear of never being able to recreate an experience as great as this ever again.

Perfectly chewy crust, risen to perfection and just crispy enough around the edges and on the base for that all-important structural integrity. The sweet, simmered tomato sauce we all strive for and an ideal aubergine topping to melted cheese ratio.

Cups of homemade limoncello on the side. Perhaps the biggest glasses (/vats) of beer I have ever seen.

I believe everyone can recall their most memorable pizza. For me, it simply will never get any better than this.

I would go to Sorrento solely for Il Rutino pizza. I contemplated a whole blog on it but was told that was excessive. Please accept these paragraphs as my instruction to you all to seek it out. And bring me back several boxes if you’re ever going that way.

Away from Sorrento we naturally had to explore the Amalfi Coast. First stop of the day was Star Frutta for some herbs and dried tomato flakes that I had previously read up on. Add hot water to these dried tomato flakes for the ultimate crunchy bread topping. It’s worth a trip just to stockpile. And for a look at the larger than life lemons.

We made it to Amalfi where we set about chartering our own yacht for the afternoon. Or something like that. We found a company online that would take us on a little cruise to Positano and back. We stocked up on snacks and set sail aboard our not-so-mega vessel.

One day we’ll live our best Below Deck lives but this was a very fun and affordable way to take in the view of the coast from the ocean; arguably where it’s best. The cliffsides are adorned with colourful houses and it really is postcard perfect.

Although Amalfi and Positano were beautiful to look at, there wasn’t as much substance as we had hoped beneath the surface. Positano definitely felt a lot cooler with an almost boho vibe but Amalfi seemed full of tourist traps. No doubt there’s more than first meets the eye to both of them if time and timing are on your side.

The main draw to this region for us (aside from the food, did I mention the food?) was the chance to finally visit Pompeii. We had hoped to also make the trip up Mount Vesuvius but hugely underestimate how long that would actually take and decided to save it for another time. Herculaneum was also somewhere we had to skip on this trip but would definitely be intrigued to go back to. We spent half a day at Pompeii on our way back to Naples. Pre-booking tickets online was simple and meant that it was easy to skip the line and head straight in, a definite perk in the afternoon heat.

There’s nothing I can add here that isn’t already in a textbook but as someone who loved and vividly remembers learning about Pompeii at school, it was fascinating to visit in real life. Nothing brings the pages alive quite like walking the streets in person. Getting a glimpse into this ancient world that’s now ingrained in modern culture was every bit as interesting as you’d hope it would be. I’m also happy to confirm I will never be living anywhere near an active volcano.

The first thing you should know about driving in Naples is don’t do it. After maybe our fourth loop of streets barely wide enough for a pram, let alone a car, we drove up a narrow street that we finally thought would lead us to the elusive underground car park we were so desperately seeking. As we squeezed past a crowd of gelato-seeking tourists spilling into the road whose doubtful expressions should have been an immediate giveaway, we turned a corner only to encounter a lorry blocking the “road” which in turn then required a kind of manoeuver that I can only describe as the worst five minutes of my life.

Somewhere in between getting stuck in the road resulting in having to be guided out by an Italian who was (understandably) very over tourists and having to reverse past that same crowd of gelato-eating people now basking in our pain alongside their pistachio cones, I would have done the only acceptable thing which is to get out of the car and set fire to it.

Luckily for us, the car, our insurance, and the smug gelato-eating tourists, my husband is a much better person than I am and finally freed us from the streets of torture. New identities were considered. Pizza and our own gelato were immediately consumed.

After several hours of brief exploration, I can also confirm that Naples was not worth this amount of effort. Fly in, fly out. Do not under any circumstances drive in.

We left Italy feeling full of both food and gratitude. Although I wouldn’t rush back to the Amalfi Coast, it was definitely worth seeing in person. As far as Italian towns/cities go, Rome and Bologna are still top of my list. Saying that, you can’t go wrong with an aubergine parmigiana a day. Pompeii was a particular highlight. As was everything lemon-based. And for everyone’s sake, I won’t get started on that pizza again… 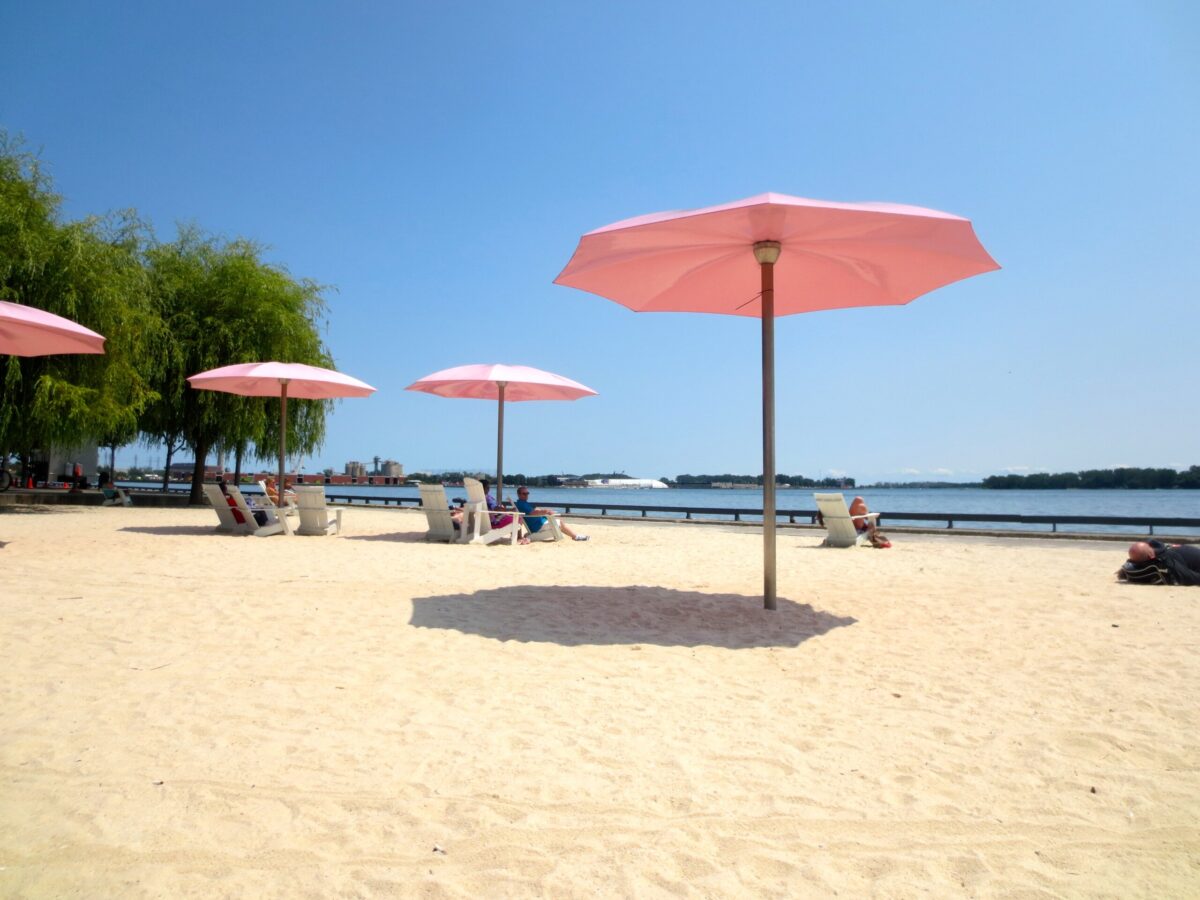 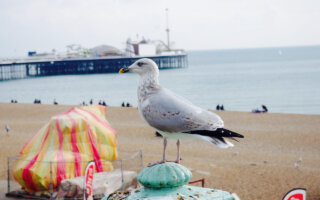 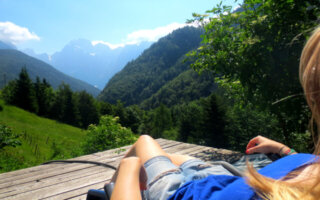